America’s Best Cities for Foodies in 2017 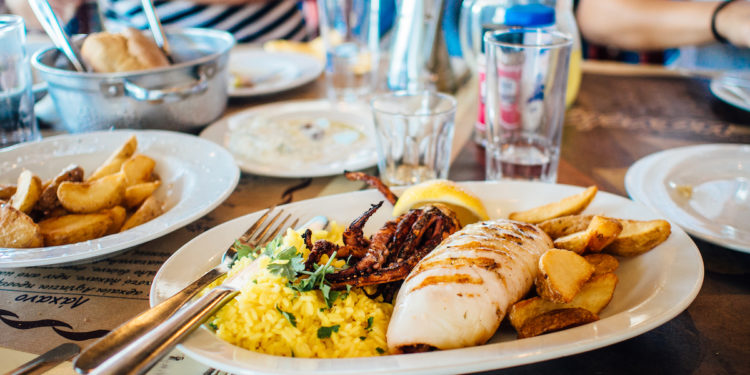 One of the coolest aspects of time is that nothing ever stays the same. Fashions change, education evolves, and society adapts to the ever-changing whims, wants, and wonders of human beings. Though traditional dishes recipes are passed down through generations, food is still prone to revolutions and alterations.

In 2015, the food craze was undoubtedly the mighty superfood, avocado. People smeared it on everything from wheat toast to Angus burgers. In 2016, oatmeal went from the greyish-beige bland morning meal to an overnight sensation mixed with nut butters and milks.

This year, the new food trend is little-to-no-alcohol drinks like "mocktails." I don’t know if I’ll be joining this bandwagon, but what I do know is as a lover of good eats, I always want to know what’s happening on the food scene.

Certain cities are known to stay abreast of the culinary movements that take the nation by storm. Below are some of the top foodie destinations to help you expand your palate this year.

The star of the Louisiana bayou is a great starting point since there is no other region or state in the US that can claim to the Cajun and Creole-style dishes this community is known to produce. Jambalaya, Gumbo, Andouille, Crawfish Étouffée, Po’ Boy sandwiches, Banana’s Foster, Beignets, and Turtle soup are all infamous Louisiana dishes The food itself is just as distinctive as the names. The city of New Orleans has a dialect, lifestyle, and heritage so rich and honored, and it is definitely preserved and displayed through its culinary delicacies. This city will continue to be a prime food destination for years to come.

With its beautiful sandy beaches, its booming cultural nightlife scene, its art district, and diverse ethnic population, Miami is a prime tourist destination. The houses are flamboyant in color the locals, tan and clad in Ray Ban aviators, are just as vibrant.

Take a stroll down South Beach, and you will find menus filled with international cuisine. Peruvian, Cuban, Italian, Haitian, and Japanese fill the lively Collins Avenue. Miami’s diverse food options make it the ultimate food desination for any taste bud.

Oh Philly! You have blessed the nation with your scrumptiously delicious cheesesteaks and cushioned our bites with your soft pretzel, and for that we will be forever grateful. Still, the city of brotherly love keeps giving.

As one of the most historically relevant cities in our nation, Philadelphia is bustling with sightseers eager to view the foregrounds housing the Declaration of Independence, the Constitution, and the Liberty Bell.

Several blocks from Independence Hall is the historic and mouthwatering foodie spot, Reading Terminal Market. The informal outdoor markets formed in 1680 by farmers and fisherman who brought their goods from southern New Jersey. Today, the terminal is still the gastronomic bazaar of the city as more than 80 merchants sell local produce, Amish baked goods, roast beef and pizza among other cuisines

The phrase “everything is bigger in Texas” undoubtedly applies to its food scene. For starters, the Tejanos – Texans of Spanish or Mexican heritage -contribute a cuisine of blended Mexican and South American food, or "Tex-Mex."

The city of Austin is known for its comforting barbequed meats. Located in the south-central region of Texas, Austin’s signature BBQ style is barbacoa, which is cooked low and slow over indirect heat. The final reason to eat in this city is for its robust food truck. Austin’s park-and-eat experience is like no other in the nation.

America’s playground is no place for the highly religious or faint-hearted. With its thrill, high-end luxury, and adventure, The Strip is more than enough to place the city as one the top of the travel destinations in the nation.

The city also has entertaining food choices. First, there is the flagship Taco Bell restaurant that serves frozen alcoholic beverages and beer. The city also has a massive, all-you-can-eat buffet scene that ranges from upscale to budget friendly.

Chicago is America’s third largest city, gaining depth from its industrial and cultural happenings, which undoubtedly includes its food. The city’s delicacies extend beyond deep-dish pizza.

The Loop and the North Side House are several fine dining establishments and steakhouses that serve prime cuts of beef.

If you leave downtown, your mouth will water with the ethnic options available. There is Greektown in the West and Little Italy in the Lower East Side. Chinatown, of course, has Asian specialties, and authentic Indian and Pakistani dishes are available toward the North Side.

It’s no small statement that New York has an obsession with food. According to restaurant.org, there were 45,681 eating and drinking locations in 2015 – and that was two years ago. To put this in simpler terms, If you ate breakfast, lunch, and dinner at a different restaurant every day, it would take you over 40 years eat at every restaurant in this metropolis.

As if the city didn’t have enough fashion art and culture to attract tourists, it is also ranked as one of the "Best Foodie Cities" in the nation. Try an exorbitant celebrity chef hotspot, casual eatery, or a food market. There is something for everyone.

Have You Ever Experienced Pain During Copulation? This Might Be Why