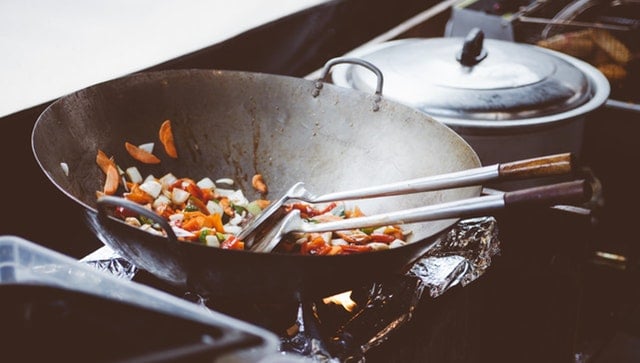 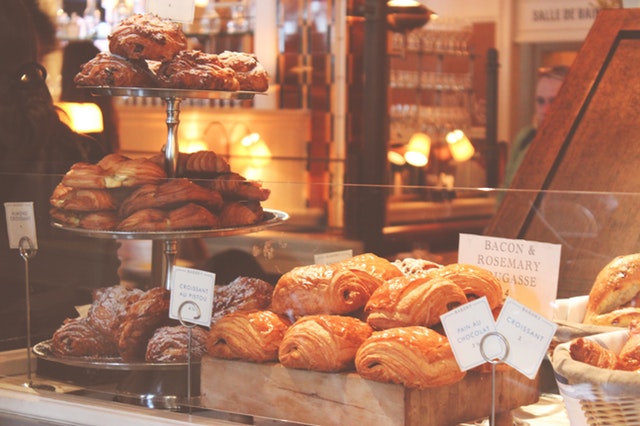 Most supermarkets and bakeries have giant loaves of French or Italian breads that were freshly baked in-store, but were not sold on the same day, and are all marked down before closing so they can be sold.

These generally go for about 50% to 90% off their original price, depending on where you are buying it from. Depending on the day, I can usually go into my local bakery around closing time and get a Brioche the size of my pillow, a giant loaf of sourdough, or a two-feet long baguette for around $2-3. 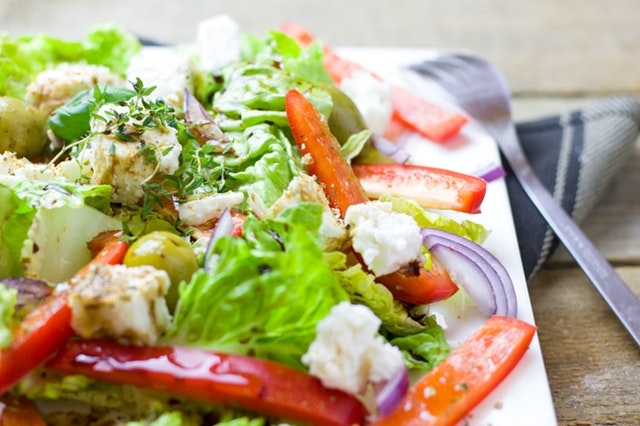 This works well with most breads, but has the best outcome if you use breads that are only made with water, yeast, salt, and flour – such as ciabatta, sourdough bread, rye bread, or baguettes – no eggs or oils. Croutons are a quick and easy way to repurpose bread since they can be used to dress up so many dishes.

The most basic recipe just requires you to dice up the bread into small size cubes, brush it with some melted butter or drizzle some olive oil onto it, season with some oregano, garlic or regular salt, and pepper, then put it into a 350F oven until it is golden brown. 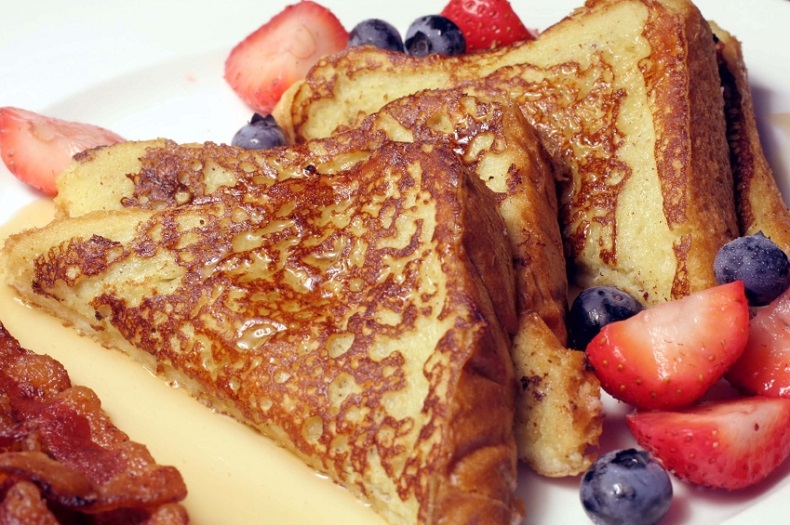 This will work best with denser, white breads, such as Brioche, Challah, pain de mie, and even your generic white sliced bread. French toast required dry bread, which is great if it’s been sitting in the bakery the whole day. However, your French toast will taste even better if you leave the bread out in the refrigerator uncovered for an extra day or so to wick out some more moisture.

This prevents the bread from falling apart when you soak it in the egg-wash and also helps with the absorption. Since the bread has already lost so much of its moisture, it will readily absorb your favorite egg-milk mixture when you dunk it in rather than just having it sit on top and drip off. Do not be afraid to saturate the bread, but do not go overboard and make it a soggy wet slice that falls apart when you grab it. 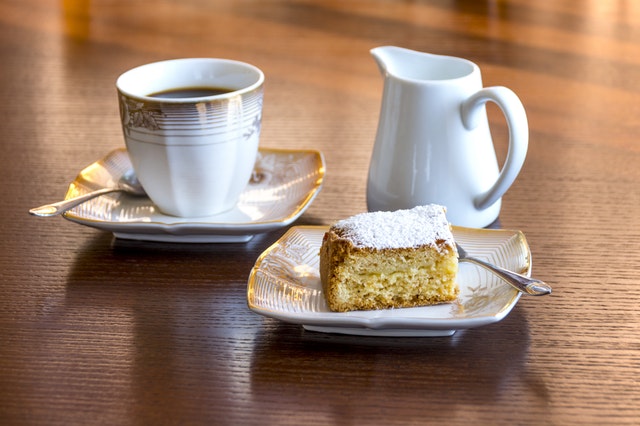 Like the French toast, bread pudding generally works the best with white, denser, buttery breads like Brioche and Challah. However, if you have a loaf of ciabatta, that could work, too. The texture may not be as rich, but it will still be delicious.

The bread will have to be cut into cubes and mixed into the pudding mixture anyway, so do not worry about making cuts that are too neat. Mix it into your standard milk, butter, vanilla, eggs, sugar, cinnamon and salt mixture. If you are using a bread that is made without butter, eggs, or milk, such as ciabatta, make sure you add more butter to your bread pudding mixture. For a more festive recipe, I always enjoy switching out the milk for eggnog and adding some raisins or walnuts into the mix. 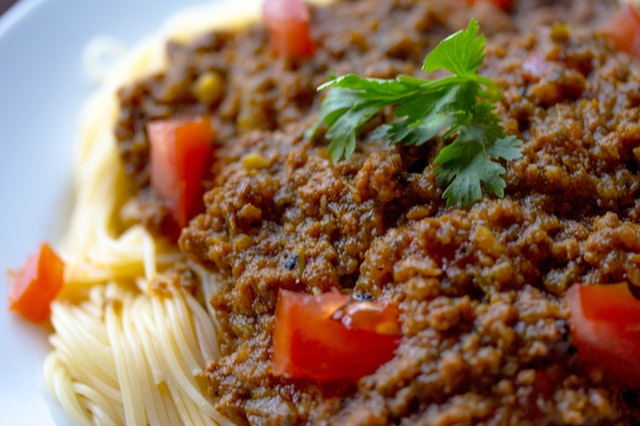 Ground turkey is the cheaper and healthier version of ground beef. Most of your favorite classic recipes using ground beef can be substituted with ground turkey, such as burgers, meatballs, chilis, meatloaves, and pastas. 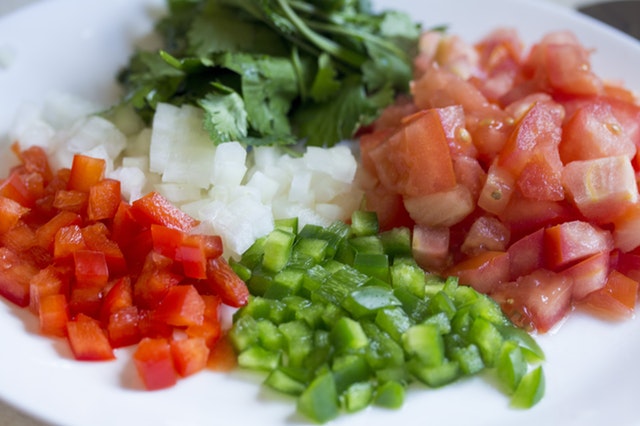 Tacos with ground turkey is quick, easy, and as nutritious as you make them to be. Prepare your tortillas as you normally like – crispy or soft. Gather your choice of toppings. You can choose anything you and your significant other likes and also omit anything that you both dislike or are allergic to – from cheese, lettuce, tomatoes, cilantro, to sour cream, pico de gallo, and avocado.

When you cook the ground turkey, heat oil in a large saute pan over medium-high heat until the oil is hot and sizzling – do not put it in a cold pan. First, add some diced onions, seasoning, and if you like, diced bell peppers, for flavor and continue cooking and slightly mixing until onion becomes translucent. Add your turkey and cook until it is still slightly pink, which should take 2 minutes, and then add your sauces. Simmer until meat is cooked through, which should take another 2 or 3 minutes. 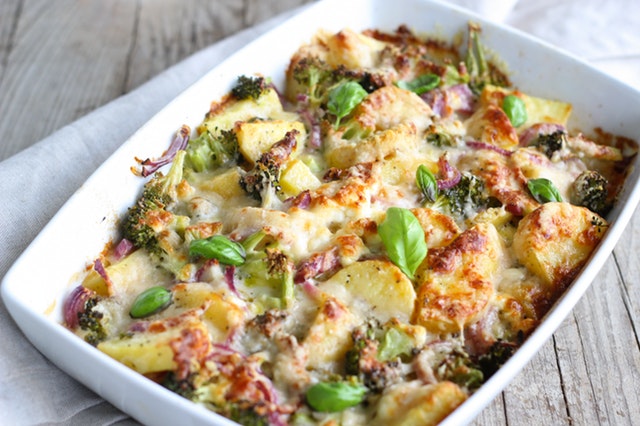 Although meatloaf requires many ingredients, they are all relatively inexpensive and can last two people for more than just one meal. The greatest thing about making meatloaf is using the leftovers the next day for sandwiches. The “classic” meatloaf recipe calls for bread crumbs, diced onions, milk, eggs, ketchup, Worcestershire sauce, parsley, salt, garlic powder, and pepper. 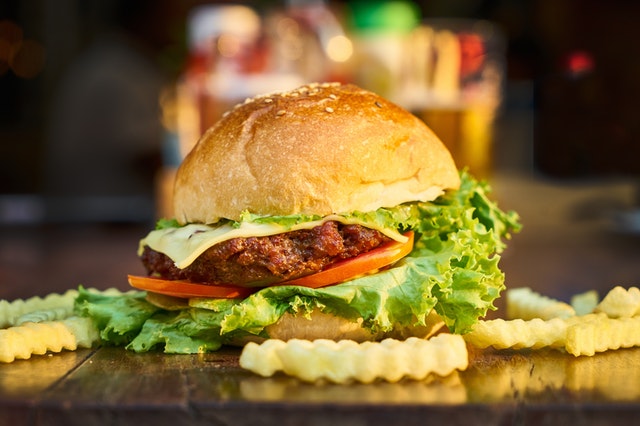 Burgers, like tacos, is another quick and easy recipe. In addition, you can control what you put on as toppings or what you leave off. In a large bowl, mix your ground turkey with your choice of seasoning. I use some bread crumbs and an egg just to hold the burgers together, some diced onions, finely chopped garlic or garlic powder, chopped parsley, Worcestershire sauce, olive oil, and some salt and pepper.

Turkey is a leaner meat, so make sure you add some oil into the mix so it does not dry out during the cooking process, leaving you with a mouthful of cardboard. After you mix the meat with the ingredients, form a patty around half an inch thick, and press an indentation in the middle of the burger so it cooks evenly. You can throw this on a grill or a pan, but make sure the internal temperature of the burger reaches 165F before you serve. You can check using a meat thermometer

There you have it. Two budget-friendly ingredients and so many different recipes and methods to cook each one. They are all easy to switch out ingredients to customize, so both you and your significant other can enjoy the meal together. 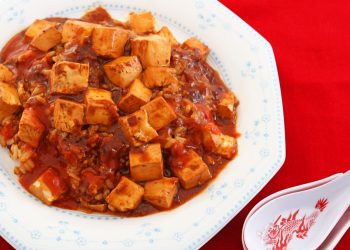 If you're unfamiliar with what exactly Ma Po Tofu is and how to make it worry no more! In this...