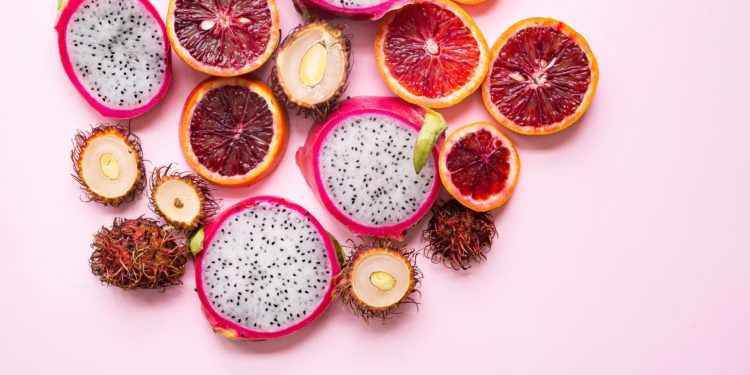 Veganism seems to be taking over the world. And Instagram, too.

Check out these 10 different Instagrammers that are sharing their yummy vegan recipes + lifestyle tips online. They’ll be sure to make you hungry, but also inspired to take your vegan journey to the next level!

Krystal, the girl behind the account "Minty Anne", believes that "good health starts with a fresh dose of happiness!" Her photos are clean (and green!)

So…I make this all the time. 👆The #vegan "fish" filet sammie: 🌿carrot slaw greens 🌿grilled onions 🌿@gardein "fish" filet 🌿bagel but I use anything really —— It's officially apart of my "you need to have this as a vegan or you aren't doing it right" foods list. Lol BUT since my "trainer" @mrdanley is helping me build muscle💪, I have to keep my macros on point SOOO subbing sour cream (usually tofutti or cashews) w/ tofu sour cream (lemon, tofu, water) and bagels for flour-free bread or homemade tortillas makes this so much more NUTRIENT DENSE! #YesToSubstitutions #DontWorryEatHappy #whatveganseat

She also has a blog where she writes about vegan recipes, reviews, and other awesome lifestyle content.

The Raw Boy shares vegan recipes on his Instagram account that don’t require you to break the bank.

He is also a "traveling vegan" and documents his journeys on his YouTube channel. He’s made videos in Madrid, London, Tulum, and more. His recipes are great for those that are constantly on the go!

Gooooood morning!!! . . I had to use up all my fruit this mornings because I’m flying out to New York this afternoon…..so this happened!! Hahah! Hopefully the people I’m staying with will eat some, because there’s no way I can get through it myself 🙊💛 . . Tag someone you’d like to share this with 💕💕 . . #vegan #hawaii #fruit #fruitplatter #dragonfruit #rawvegan #nutritarian #glutenfree #tropical #colour #fresh #organic #yum #veganfood #love #pink #overnightoats

Most of her pictures include smoothie bowls and fruit, which are incredibly aesthetically pleasing. One look at her feed will leave you craving an açai bowl, guaranteed!

Avant Garde Vegan is run by Gaz Oakley, a 25-year old UK-based blogger and vlogger. He focuses on making "vegan versions" of popular foods like pizza, donuts, and more.

FILET-NO-'FISH' 🔥 LINK IN BIO FOR RECIPE VIDEO!!!! Gluten Free & cooked with out using any oil. I also made my vegan version of Tartar sauce. It's was 🔥 this is the last recipe video from season 4. Can't believe what the last 12 videos have done for my channel. I'm about to film a new season, which includes some 🔥 Christmas videos. Thanks so much if you have supported my YouTube channel. Appreciate all the love, can't wait for season 5 there will be even more improvements & of course super #Vegan food #VEGANISTHEFUTURE. Gaz @gazoakley • • • • • #vegan #vegans #vegano #veganfood #vegeansofinstagram #veganlhife #veganfoodshare #vegganlifestyle #veganism #veganfoodporn #foodporn #foodie #food #cardiffvegans #welshvegans #cardiff #wales #vegetarian #avocado #vegancake #avocado #vegancommunity #bestofvegan #letscookvegan #veganguy #avantgardevegan

Besides his awesome recipes and photos, Gaz also has a vegan cookbook available for purchase that will help you recreate his masterpieces in your own home!

BLissful Basil is an Instagram account run by Ashley Melillo. Besides being an awesome recipe writer, Ashley is also a psychologist.

#Vegan Pecan Pumpkin Cookies with Spiced Cashew Buttercream ✨ A simple, nearly raw pecan pumpkin cookie base is naturally sweetened with @ndmedjooldates and topped with an ultra-thick spiced cashew buttercream. These cookies are just as decadent and as they are nutritious. Recipe is on the blog now (link in profile). #sponsored

She has an awesome website, which she frequently updates with new vegan recipes and ideas. Our recent favorite of hers are the "Vegan Eggnog Truffles"…YUM!

Angela Liddon, the woman behind the Instagram handle @ohsheglows, has been a plant-based eater since 2008 (way to go!)

I finally got around to sharing our fave 10-minute toddler-friendly pasta recipe on the blog this week! It’s SO EASY for those hectic weeknights when cooking is the last thing you want to do, and it packs in protein, fibre, and healthy fats. I’ve also provided a few ideas on how to change it up (one of my faves is to purée cooked carrot or cauliflower and stir it into the pasta for a nutrient boost). There’s a direct link to the post in my profile, so hop on ova to check it out! 👀😎

One thing we love about Angela is that she hosts a series on her Instagram where she lets other food bloggers take over for a day! She has featured Ashley Melillo, (the blogger mentioned earlier) and many others. Angela even has a recipe app that was voted one of the best apps of 2016!

Isa Chandra Moskowitz has been writing cookbooks since 2005. She also owns Modern Love, a restaurant with 2 different locations in the US.

Delicata is the best of winter squashes. Not that this is a competition (it is.) Facts: 1- the skin is edible, no need to peel. 2- They are small enough to cook quickly and the seeds scrape out easily. 3- They are earthy and sweet. They taste like a forest and a pumpkin pie had a baby.

Isa is your go-to girl for tried-and-true vegan recipes. Her most recent post featured a vegan fettucine that is cashew based, and looked absolutely delicious if you ask us!

If you have a sweet tooth, make sure you are following this vegan Instagrammer. Cookies, cupcakes, and pies…oh my!

🎃Chocolate Pumpkin Workout Brownies… flourless dark chocolate brownies that are vegan and oil-free, made with just 7 basic ingredients! . . 💗The recipe and nutrition facts are up on the blog, if you want to make them! @chocolatecoveredkatie . .

A post shared by Chocolate Covered Katie (@chocolatecoveredkatie) on Nov 15, 2017 at 5:23am PST

She features yummy (and vegan!) dessert recipes on her Instagram and blog. She has branded herself to be the "healthy dessert blogger", and we are so here for it.

Erin Wysocarski posts delectable food pictures on her blog and Instagram page, Olives for Dinner. Her photos are moody, high-contrast, and downright delectable.

If you do a search for "bang bang" on the blog, the recipe for these crispy cauiflower florets will pop right up. 💣💥🔫🔥😉 #olivesfordinner

She also reguarly shares with her followers what vegan cookbooks she’s been using in her kitchen, which is helpful for getting new ideas!

Sofie van den Brande is a self-proclaimed "creator of healthy vegan noms" and creative recipe maker. She shares vegan recipes (and other lifestyle content) on her account that can’t be missed.

We especially love how Sofie writes the recipe out in the caption of every dish she posts on Instagram, so you don’t have to navigate to a website or cookbook to get all the deets!

8 Things You May Find Annoying About Foodies