Food & Dating Home » 3 Reasons Why Courtship Might Be Ending 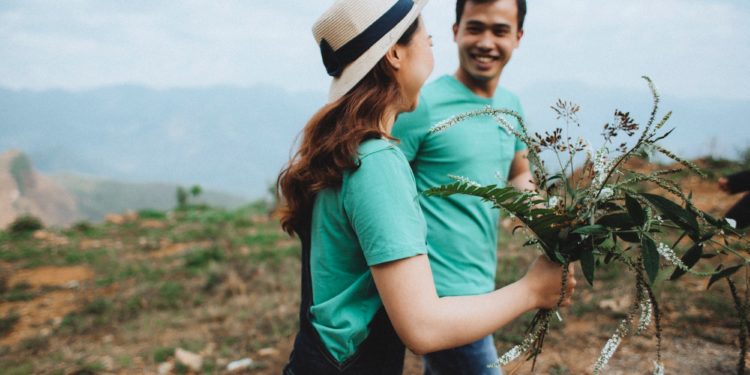 Courting a woman goes back centuries. It is a way for a man to prove his worth to the woman’s family, particularly to her father. Since the father is the one who is giving away his daughter to the man, the father may want his daughter to be with a worthy man.

The woman had a dowry, and when married, it went to her husband, since women were the property of men, not their equal. The woman’s last name also changed, and the man and the woman were united in marriage, and the newlyweds were happy, or were they?

Nowadays, women do not have dowries. Women also don’t need their father to decide their husband or to give advice on whether or not to keep their new last name, or even to change it in the first place. This may be why people think courting a woman may be coming to an end, but there are other more subtle reasons why.

Before I get into that, it is important to understand what courtship means. Courtship involves more than holding a door open for a lady or pushing in her chair when she sits down to eat. Courtship is more like companionship, because the man is devoted to his woman, and only to her.

What with polygamy, casual copulation, the LGBTQ community and gay rights, and more out there, men may not feel the need to do the things they once did, and who could blame them for thinking this?

Below are the three top reasons why courtship may be ending, and what that may mean for future generations to come

About half of marriages end in divorce in the United States of America, according to statistics. This means that men and women around the world have grown up with a single parent. The health of their relationship with their parent(s) may cause future problems for when they do decide to date.

If their relationship with their parent(s) was healthy, then they may be better equipped with knowledge about what to expect when they do decide to date. Men may feel inclined to court a woman to win her favor, and women may flirt to catch the attention of a man.

If their relationship with their parent(s) was unhealthy, they might not know what a healthy secure relationship is supposed to be like, and they may get into more casual relationships to avoid risking their feelings getting hurt. There may also be abuse, neglect, and disrespect in these types of relationships.

It may also be that some women prefer the ‘bad boy’ type more compared to the ‘nice guy.’ The bad boy is seen as a man who is willing to take risks, is mysterious, and sensually experienced.

The good man may be more loving, loyal and gentle, but to the woman who prefers excitement, this type of man may come off as boring.

It is no wonder why nice guys don’t understand why women go back to the men who have hurt them so badly. The nice guy may want to resemble the bad boy image but loses himself in the process, thus loathing the bad boy image and himself along the way for even wanting a woman like that.

If the woman comes off as a ‘bad girl,’ the men she is with may become irresistibly attracted to her for her wild sense of fun. This type of woman does not usually wish to be courted.

If this kind of woman is interested in dating a nice guy, the nice guy may be in for more heartache than he anticipated. This may be the reason why the good man remains who he is while the woman continues to stay aloof.

Another reason why courtship may be ending may be because women around the world have joined ranks with men in the working world, and have also received a higher education due to being able to go to college.

When once men were the head of the household bringing in the income while the woman stayed home cooking and cleaning and rarely making enough money to earn a living, women may now be feeling more financially independent from men and may want to be their equals.

Even the man may stay home to raise the kids while the woman may be the breadwinner. This puts less pressure on the woman, who may have lost income while taking maternity leave. It also allows the man to spend quality time with his kids and to help around the home in which they live.

A lack of successful marriages in the past, coupled with more financial freedom and education for women, may have been all the reasons why men and women are not seeking marriage, causing men to begin to wonder if the woman they are dating even wants to be courted.

Those who do decide they want to get married may even choose to live together with their significant other for a while. This allows couples to understand each other better and to decide if they want to keep being together, whether the man courts the woman or not.

Living together before marriage is a new way of thinking about the future, and it puts less pressure on the man to court the woman, especially if both people in the relationship are wary of marriage.

Since not all men and women are alike, it is important to understand that some men do still want to court a woman and that some women still like being courted.

These types of people may be hard to find and may be unskilled at courtship, but courting a woman may still be something that men may want to continue for generations to come if only the women they meet were more tolerant of courtship and marriage.

Perhaps this time around both men and women may end up in happier more fulfilling relationships that stand the test of time.

How to Know You're More Than Friends with Benefits