Food & Dating Home » 5 Books to Read After a Breakup

5 Books to Read After a Breakup 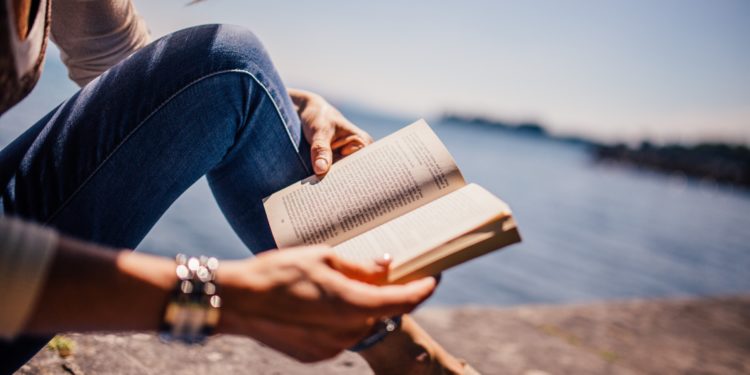 Breakups are miserable, transitional periods in our lives that bring a rollercoaster of emotions. As humans, we must find ways to go on and get through the highs and lows.

A book won’t make your ex-partner come running back to you with flowers in their hand, but it can help you heal and get you back into the dating “game”…and yes, it is a game.

1. A New Language for Falling Out of Love by Meghan Privitello

Book: A New Language for Falling out of Love (2014) pic.twitter.com/6a98SmFnNI

To get the most out of this book, let’s first accept the fact that he or she was not the one, and be open to seeing love in a brand new way.

The poet, Meghan Privitello, perfectly captures the raw and real side of humanity through this series of prose poems. Before you roll your eyes at the idea of reading poetry after a breakup, listen when I say that these are not your typical love poems. You will not find Privitello describing flowers, sensuality, or Prince Charming. Instead, you’ll find her describing rather ordinary things, like linoleum flooring, and completely deromanticizing the idea of love.

I suggest pairing this book with a glass of wine and a bitter attitude.

2. Don’t Kiss Me by Lindsay Hunter

Lindsay Hunter's 'Don't Kiss Me' forces you to contemplate the beauty in the ugliest of phenomena http://t.co/xuPKIWJN7c #Books #BooksToRead

Who doesn’t love a book with a feminist title?

This series of short stories by Lindsay Hunter covers relationships of all kinds, including our relationship with ourselves, which is a very important thing to examine after a breakup.

Hunter has mastered the craft of challenging the reader by switching storytelling formats while still keeping a consistent voice. Her stories often center around the sensual and savage behavior that is hidden in our everyday words and actions, so you’ll come away feeling powerful, aware, and ready to take on the world.

Alright, so now that we are done crying, let’s put on our copulationiest bodysuit, or nicest watch, and get dating again.

In this day in age, dating is scary. It can seem downright foreign if it has been a while since you’ve been single. Nowadays, there are all these terms floating around such as ghosting, benching, catfishing, etc. It’s like everyone is speaking a different language! That’s where this book comes in handy. Aziz Ansari will get you up to speed on all the new dating trends, explain to you how social media and apps have made things much more complicated than they used to be, and best of all it’ll make you laugh.

4.He’s Just Not That Into You By Greg Behrendt and Liz Tuccillo

Day 17: A book that’s impacted you the most: Greg Behrendt and Liz Tuccillio – He’s Just Not That Into You pic.twitter.com/GSy5H8Pz6A

Ok, this one is for the girls! You may think this is just an outdated book from the 90’s turned movie starring some of our favorites, but let me tell you it is the Holy Bible of dating.

Two writers of “Copulation in the City,” Greg Behrendt and Liz Tuccillo, collaborated on this book after Gregg shockingly expressed to a woman that her current guy’s inattentiveness meant that he just wasn’t that into her. Now, this sounds harsh, but Gregg explains that men are not complicated; if a guy is interested they’ll let you know, and if they’re not, then hey, "they’re just not that into you."

As women we like to make excuses for men, “He must be doing some volunteer work at a no-kill shelter because when we went out two weeks he mentioned he had a dog as a kid. Oh, he’s so sweet!”

You’ll come out of this book feeling empowered and relieved that you won’t have to use your valuable energy inventing a new creative reason why he hasn’t answered your last text.

“Most things will be okay eventually, but not everything will be….Sometimes you'll hold on really hard and realize there is no choice but to let go. Acceptance is a small, quiet room.”― Cheryl Strayed, TINY BEAUTIFUL THINGS #TBT @CherylStrayed https://t.co/en9rUEkD4d pic.twitter.com/D0GLT0nu0c

This book really is a tiny beautiful thing full of sincere and soulful advice from the same woman who wrote, “Wild,” another great breakup read!

Cheryl Strayed shares with the reader a beautiful set of letters she responded to when she worked as the advice columnist, Dear Sugar. This book is for everyone, and addresses all types of issues in relationships, from divorce to cheating, to simply feeling lonely.

It also delves into the concept of identity and self-worth. These letters are heartfelt, but Sugar expresses herself in such a no-nonsense, tell-it-like-it-is voice that will have the reader crying one minute and laughing the next.

How to Date if You Are Lgbtq