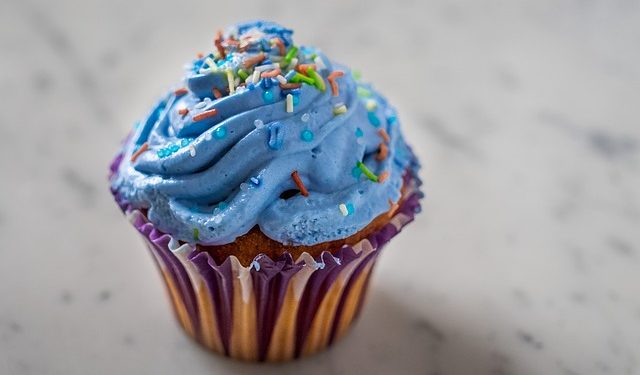 Cupcakes are not generally the first thing that comes to mind when you think of healthy eating, but that doesn’t mean they have to be left out entirely. When you are whipping up some cupcakes for a special occasion it’s possible to make some ingredient swaps that lighten up the treat quite a bit.

Here are some tips for making those cupcake recipes a bit healthier while still keeping the end result delicious.

Make that unsweetened applesauce. It’s hard to believe that applesauce has enough oomph to take the place of butter in a baking recipe, but it does.

Instead of using a cup of butter, try ½ cup applesauce and ½ cup oil. It creates a great consistency for cupcakes, cakes, and brownies, and it even adds a slight hint of sweetness that butter does not offer.

This swap also allows you to cut out the diary if that’s an appealing cooking alternative. It’s a really effective swap for any healthy recipe that originally called for butter, which is many of them.

2. Cut the Sugar With Vanilla Extract

It is actually possible to simply cut down on the amount of sugar used in a cupcake recipe without losing out on sweetness. The secret is adding more vanilla. Vanilla is high in scent but doesn’t add any calories to a recipe.

It happens to smell extremely sweet which can trick you into thinking that your food tastes extremely sweet as well. Take out two tablespoons of sugar from a recipe and add in ½ teaspoon of vanilla extract for the effect. Cinnamon helps as well, although the spice doesn’t fit into all flavor profiles so use it mindfully.

Turning to a sugar alternative like Stevia can also help slash calories. Just keep in mind that Stevia is incredibly sweet compared to sugar so the recipe ratio won’t be the same. One cup of sugar can be replaced with just two tablespoons of Stevia powder.

3. Use Cacao Nibs Instead of Chocolate Chips

Many dessert recipes call for chocolate chips or chunks, but they happen to be high-calorie sugar bombs. Swapping them out for cacao nibs, however, can be just the trick. Unlike chocolate chips, cacao nibs are unprocessed and the closest that you can get to eating chocolate in its natural state.

That means no added sugar, cream, or anything else that gets mixed into a batch of chocolate chips. Since they’re unprocessed they’re also high in antioxidants and nutrients and offer up all the good stuff that we hear that dark chocolate has. But even better.

Yes, cacao nibs are going to taste less sweet than chocolate chips. But they’re not low in flavor, and when mixed into a recipe you won’t miss the sugar at all. You can also buy cacao powder to bake with as well, whether or not you want the actual chocolate chunks in your dish.

4. Use Black Beans Instead of Flou

When you’re making chocolate cupcakes you can actually substitute black beans for the flour. The swap recipe is pretty straightforward and fool-proof too.

One cup of flour is equal to one cup of pureed beans. (Do make sure and puree the canned beans before you measure them.) The beans offer a rich consistency for the cupcake batter but are a way healthier alternative to processed flour and its empty calories.

The beans offer up both protein and fiber, which practically turns baked goods into health foods. It might sound hard to believe until you try it and then you’ll never go back.

5. Bulk them Up With Beets

If you’re making red velvet cupcakes, beets can add the necessary color without having to resort to artificial dyes. (But they also work for chocolate cupcakes since they blend right in.) Beets are sweet tasting and low in calories, so no one will even know that they’re eating healthy cupcakes at the end of the day.

They literally won’t have any idea that there’s a vegetable in their treat. Beets add some moisture that goes a long way toward making the perfect sweet treat, and you can even cut out some of the sugar in that recipe when you make the swap.

Why Cuddling Is More Intimate Than Copulation