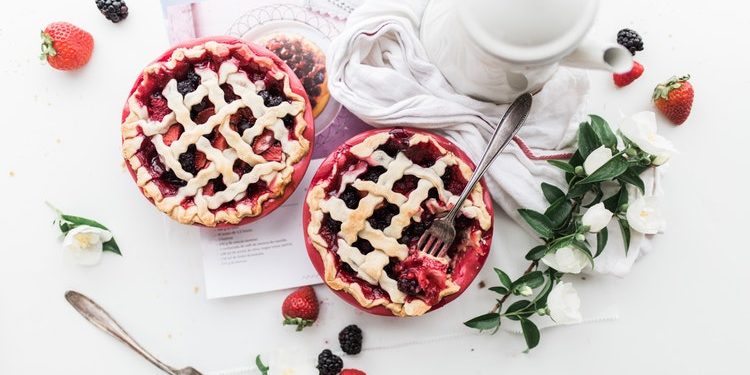 ‘Tis the holiday season, and that means friends and family over and lots of food to eat. What other merriment could a foodie ask for? Who is a foodie, you might ask? A foodie is someone who enjoys food, of course! Keep reading for the fun facts about foodies.

1. Foodies are likely to sample EVERYTHING

This means that whatever is on the menu, whether that is something already a favorite to the foodie, or something completely new and unexpected, a foodie is most likely to sample the food first. This can be a very good thing when out at events or parties because the foodie could be the one sampling the foods that others have turned their nose to, and chances are, they may actually go for seconds.

It can be a bad thing too if the foodie becomes greedy with their choices and devours everything before everyone else gets their fair share. Since foodies think a lot about food, it may be hard for them to share or to watch someone eat what they set their eyes on. Remember, we eat first with our eyes because we are likely to eat something we find appealing. If you are blind, your other senses may compensate for you.

What is the point of being in the kitchen creating food if not to enjoy the experience that is art in the making? That’s right, for foodies, they love creating all kinds of recipes, and they enjoy the whole process starting with finding the right ingredients to waiting for the final product to arrive.

Foodies may make many recipes at the same time, but they can be known for their ability to pay close attention to details, which may give them the advantage of being able to multitask. Patience is a skill that foodies may or may not have, but if they appreciate what they are doing enough, they may be grateful that they waited.

3. Events with food are likely to have a gathering of foodies

This goes well with foodies wanting to try just about anything edible. Events centered around food are likely to draw in the crowds, but to foodies, they may not be just on the lookout for food, but for fellow foodies to share their love of food with. Imagine the feast that even two foodies could host.

By being a foodie, the ease of making friends could make them the envy of others. That isn’t to say that foodies like to make food just for themselves or those with similar interests, a foodie could still enjoy practicing in the kitchen by volunteering to help others.

4. The grocery bill may be more expensive for a foodie

Foodies like to be in the kitchen and centering events around food, so chances are high that the grocery bill is too. This is only a bad thing if the foodie in question has multiple large bills coming in, but to a simple foodie who likes to enjoy food, it may be harmless to indulge just a bit.

This is also true because foodies are less likely to buy prepackaged food, junk food, and fast food. A foodie is by nature creative, and they like to enjoy a wide variety of food that is of the gourmet type. Healthy food is more expensive because it takes longer to make and needs more resources to make. If the foodie chose half prepackaged foods or junk food, and half healthy foods, then there may be a chance of slimming down the grocery bill.

5. Foodies may be more likely to use coupons for food so that they get the best deals for more food

With so many grocery stores to compare and contrast deals with, a foodie is most likely prepared for this by bringing with them all the coupons they are able to use. Couponing can be very beneficial for everyone to try out at some point, and the foodie may be just the person to ask for an opinion on how to get started.

Foodies may also have the best idea about which grocery stores to go to on a weekly basis, as they may have a favorite or two or more, that they enjoy window shopping at if not for actually shopping at. A bonus for them is that they are probably first in line to buy the seasonal foods, which they may stock up on, so be careful to stock up on some seasonal foods if you want some too.

6. Foodies may love to be the chef in the kitchen

This is a common saying, but “if you can’t stand the heat, then get out of the kitchen.” A foodie will most likely want to be a chef in the kitchen if there is more than one person involved. This may be due to the fact that foodies may like their food made a certain way, or that they just love the idea of being in charge of what they love so much, which is food.

7. A career as a foodie may be a chef, baker, taste tester, caterer, etc., anything involving food will do

A chef is just one option, and there could be potential for a foodie to develop their skills further and make a living by doing what they do best in the kitchen. Since everyone needs to eat, finding a job centered around food should be no problem.

8. On the negative side, a foodie may be at high risk to develop an eating disorder

What can become a problem in the future for a foodie is the risk of getting too obsessed with food and developing an eating disorder. This can be anorexia, bulimia, binge eating, as well as chances of developing mental problems, such as OCD, anxiety, panic attacks, even depression. Food may be a way to nourish the body, mind, and spirit, but there should never come a point in a foodie’s life when food controls every aspect of life.