With so many shows to choose from there's a cooking or baking show for everyone. 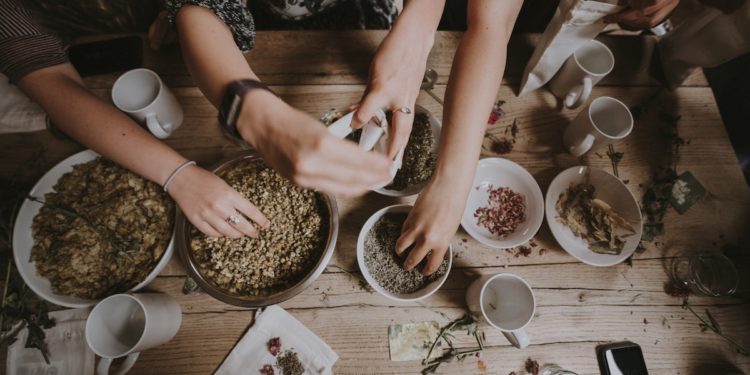 We live in what the television networks are thrilled to tout as the golden age of television. And it just might be true. It seems there’s a show about everything these days. Quality appears to be on an upward trend. Even cooking shows have evolved. Whether you like learning new recipes, watching other people eat exotic foods, or enjoy the competition of good—and bad chefs or bakers you have a plethora of options. Gone are the days of the Food Network owning cooking shows.

This friendly baking show competition is hilariously entertaining. But not because of bloopers or cooking failures! You’ll be amazed at what these home bakers prepare. You’ll be even more entertained by the wacky challenges the judges come up with. My favorite episode included a campfire bread baking challenge!

Now if you want to watch a baking show about people failing at challenges, look no further than this particular baking show. Nailed It follows 3 contestants known for their kitchen fiascos. They are asked to recreate edible art masterpieces with varying levels of success. If you don’t laugh at their mistakes, they’ll at least make you feel better about your own kitchen mishaps.

not even slo-mo could fix this. 😪 pic.twitter.com/DCx4YE02p4

It’s probably the complete opposite of “Nailed It!” Where there is whimsy and humor in one, you’ll find intense drama packed action in the other. While the competitors of the above show are known for their baking disasters, the contestants of this cooking show believe they can beat the best. They pick the most fierce and experienced chefs and face off against them. If you want high stakes, intense drama and expertly crafted food you should probably be watching Iron Chef.

This show has it all. Famous chefs, renowned food critics and guest appearances from the likes of Martha Stewart. Oh yeah, there’s also a group of contestants fighting for the chance at $100,000 to open their own restaurants. Which means you don’t just get to watch them cook. When the winners open their restaurants, you can actually taste their cooking. Now you see what I’m saying when I say this cooking show has it all?

Watch kids between the ages of 8 and 13 cook better than you! It’s incredible what these cute little kids can do. And by cute I actually mean fierce. The show is hosted by Gordon Ramsay but doesn’t worry he won’t be as harsh on the kids as he is on the contestants of Hell’s Kitchen! Though that doesn’t mean that he’s any less of a critic.

America, this February the @MasterChefJrFOX kitchen is getting a bit messy ! pic.twitter.com/72LmnOBYtK

What I love about chopped is instead of an episode full of challenges and different dishes we focus on one meal. Each chef, on this cooking show, prepares a three-course dinner. Don’t worry it’s not just an old-fashioned cook-off. To spice things up, they are given four ingredients per round that have to be used in the dish. Try finding a purpose for beef tongue in your dessert!

Looking for Love Can Make It Harder to Find Love, and Here's Why