Food & Dating Home » Can Liberals and Conservatives Date Each Other?

Can Liberals and Conservatives Date Each Other? 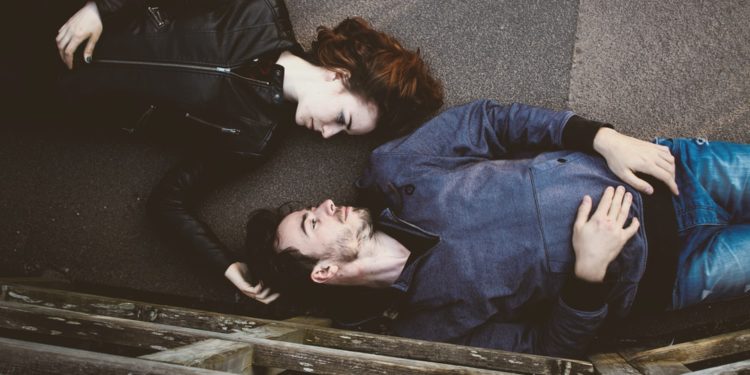 In this election year, politics can create strange bedfellows. Can liberals and conservatives put aside their differences to date each other? The political divisions caused by the past election make the prospects of dating across political lines difficult.

Many conservative millennials report that they are having trouble finding dates because they voted or worked for conservative politicians like Donald Trump. They feel that liberal potential mates may see them as racist or copulationist because of their vote for Trump.

"A lot of times you’ll connect with someone on an app and they’ll Google you, find out you worked for Trump’s campaign, and then it’s pretty much all downhill from there,” an anonymous Trump campaign worker noted.

Another Republican noted that he feels stereotyped for being conservative.“I feel like they look at me and are like, here’s a tall white dude with brown hair wearing loafers, and he probably has a picture of Reagan and the NRA in his bedroom or something,” said a conservative news reporter. “I just think they have a very hyperbolic view of what a conservative is," added the conservative TV reporter.

To help combat the loneliness of not finding conservative partners, Trump supporter David Goss launched TrumpSingles.com to link Republicans looking for love. Many conservatives feel they are being judged for their political views and want to e around people who won’t look down on them for being Republicans.

Liberals want to find partners who are in the resistance with them.

Liberals who feel disappointed by the last election are seeking solace in like-minded people. They also feel judged by conservatives as being super sensitive "snowflakes" who easily take offense to any joke. They want to date other liberal people who have more progressive views and want to commiserate about the current administration. LiberalHearts.com is a site that links progressive daters online.

Even though conservatives and liberals may not find common ground over politics, bipartisan love is possible. Many Republicans and Democrats have found love across party lines.

Conservative analyst Mary Matalin and noted Democratic adviser James Carville have been married for nearly 25 years even though they often spar over politics on cable news. Republican Illinois governor Bruce Rauner and his mostly Democrat-supporting wife Diane Rauner are another bipartisan married couple who make love work despite their differences. Politics can be a stumbling block in a relationship, but it doesn’t have to be the end of a romance.

"Any marriage is going to have a conflict; maybe they saw it coming. Maybe it’s politics and value differences on how the country or humanity should be run, or maybe it’s how to raise a child or maybe there’s an illness," [said the marriage counselor]. "It’s called a lifelong perpetual conflict in the marriage," she added.

Klee notes that any difference in politics between couples can quickly bring up conflict so it can be addressed. "Maybe this political era is actually helping couples," she says. "It’s giving you a really fast road test of what will probably come up at some point some way in a long marriage," said Klee.

Partisan infighting may come and go, but any real love can withstand a difference in views and show that love can conquer all- even different political opinions.