Food & Dating Home » 4 Reasons Why to Bail a Date

4 Reasons Why to Bail a Date 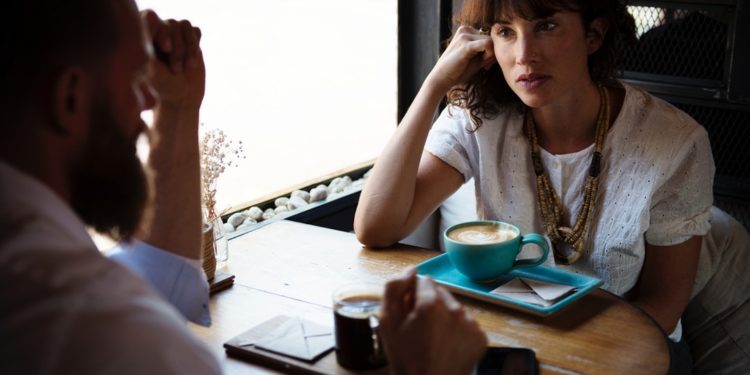 Dating has become a lot harder these days. Not knowing who you’re meeting up with can be both exhilarating and absolutely dreadful at the same time.

So many apps are used to create connections, which can be good, but can also be detrimental to figuring out if you and the person would actually click IRL (in real life).

Many of us have been in that situation where we really hit it off with a person over text. You create witty banter back and forth, they ask you intriguing questions about your life, and as silly as it sounds, your emoji games are on point. But when it comes time to meet in real life, they’re nothing like you imagined them to be.

Since people want to showcase their best selves on dating apps like Tinder, Bumble, Plenty of Fish, Coffee Meets Bagel, they often post pictures where they are showcased in the based light. So often there is a big dissonance when you meet in person. Perhaps they’re smaller, bigger, look older, or perhaps even younger. When you start the date off feeling like they’re not what you envisioned, it already sets the date off to a weird start. They’re already not what you want them to be.

So now comes the actual date. It’s been said that a first date should never go over an hour, and 90 minutes at the max, but if you find yourself feeling like the date is longest thing you’ve ever endured in your life, you might want to leave the date prematurely. Especially if there is some red flags that reveal him/herself prominently.

Here are some tips you can use to decipher when/if you should leave:

There’s no bigger turnoff than someone that’s rude. First dates are all about first impressions, so starting it off by being rude, whether it’s to the waiter, or talking badly about anyone, being rude is a red flag. Yes, they may be nervous, and not really sure what to say, but there’s plenty of other things they can talk about, and plenty of other ways to treat the waitress.

An even bigger red flag is if they have mean things to say about your personality or appearance. Do they say your outfit is unflattering? Do they mock the way that you talk? Big big big red flag.

2. They Talk About Their Ex The Whole Time

No one wants to hear about the ex on the first date, but if it does come up, it should only be about once or twice if it comes up naturally in the conversation. You’re there trying to establish a new connection with your date. So by having someone talk about their ex the entire time makes it seem like they’re not over them, and it doesn’t seem like they will be in the immediate future.

Also, if they bad mouth their ex, that’s a bad sign too. Say you do end up getting together, it shows that they might talk about you in the same way when you break up.

3. They Show Up Extremely Drunk/High

Same story goes if they’re high. A date should require both people to be there in the present.

At any point that you feel that your safety is being compromised, or it will be compromised in the future, you need don’t need to follow any dating etiquette out there, you need to get yourself out of the situation as fast as possible.

Speaking of getting yourself out of the dates, which I know can be hard, is to do it in a way that doesn’t hurt your date too much. You don’t have to tell them in the moment that you don’t like them. If you’re out in public, simply go to the bathroom, come back and tell your date that "something personal came up, you’re sorry and you have to leave."

Later on, if they continue to pursue you, you can let them know that you’re not interested in them romantically, but thanks for the date and wish them the best of luck in the future.

If you can’t see yourself being friends with them, and want to move on, you don’t have to say "I think we’d be better off as friends."

All in all, listen to your intuition. I wouldn’t suggest leaving in the first 5 minutes, but after if something about the date isn’t settling well, I suggest you make your exit as nicely as possible.

The Art of Kissing: the Feelings, the Emotions & the Intimacy