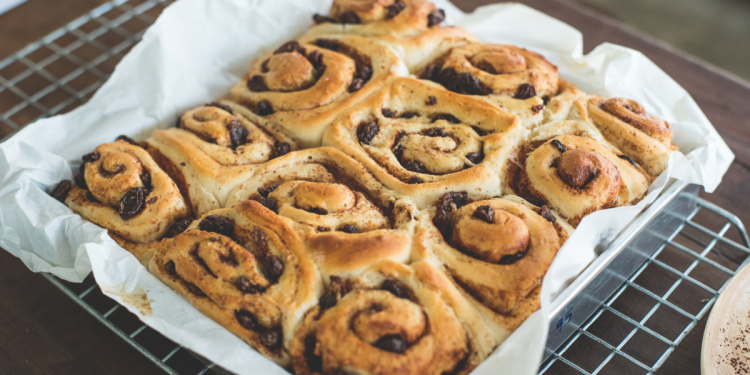 Mornings can be stressful, but breakfast doesn’t have to be. A delicious healthy breakfast first thing in the morning is what everybody looks forward to for a good day. This French toast style Cinnamon Rolls could be best for breakfast, but hey, you can have them all day.

Eating breakfast breaks the fasting period you have put your body through during sleep. Breakfast also kick-starts your metabolism to burn calories throughout the day. It gives you the energy you’ll need and keeps you focus. Breakfast is one of the most important meals of the day. Eating breakfast improves memory and controls weight too. So, it’s a no brainer that everyone should make it a point to eat breakfast and at that eat a delicious healthy one.

What is french toast cinnamon roll

A French toast cinnamon rolls are packed with all the right things for an excellent breakfast- bread, egg, butter, cream cheese, cinnamon, vanilla, and maple syrup. It is the best breakfast meal to start your day right. Perfect for holidays or on occasions when you want to cook something special but don’t want to go the extra mile to prepare it.

You can add any berries in the recipe, depending on your choice of flavor.

⦁    Spread the cinnamon roll pieces in the pan.

⦁    Add the frozen blueberries in between and over the cinnamon rolls.

⦁    The next day, preheat the oven

⦁    Bake for 30-40 minutes, until the cinnamon roll turns brown

If you want to skip the overnight step, you can pop the dish right in the oven. It’ll take about 30 minutes to bake it.

For a no-fuss breakfast in the morning, prepare this cinnamon roll the night before, and in fact, it tastes better if you do. To do it, you just spread the cut cinnamon rolls in the already greased pan and run the whisked mixture on the cinnamon rolls. Then the dish is covered with plastic wrap and is refrigerated overnight, or at least for 6-8 hours.

The next morning, heat the oven beforehand, remove the plastic wrap, and bake the cinnamon roll for about 40 minutes. Then remove from oven and pour some icing and enjoy every bite of the overnight cinnamon rolls.

Just 15 minutes of preparation time to have your cinnamon roll ready. And there is no need to prepare any icing for the top because the frozen cinnamon roll comes with frosting in pouches. This helps save time.

If you are in to make your icing, then it is a simple one to make. Add one tablespoon of milk and 1 cup of powdered sugar or maple syrup, whichever you prefer. Then mix, and there you have it, your sweet and delicious icing, the perfect topping for your French toast Cinnamon rolls.

You can use any leftover bread that’s going stale; this prevents waste.

I hope you enjoy this fun twist that combines French Toast and Cinnamon rolls in one delicious dish. Easily prepared and bound to become your favorite. 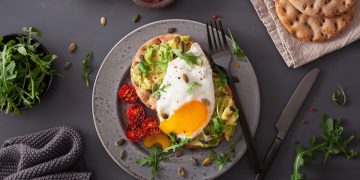