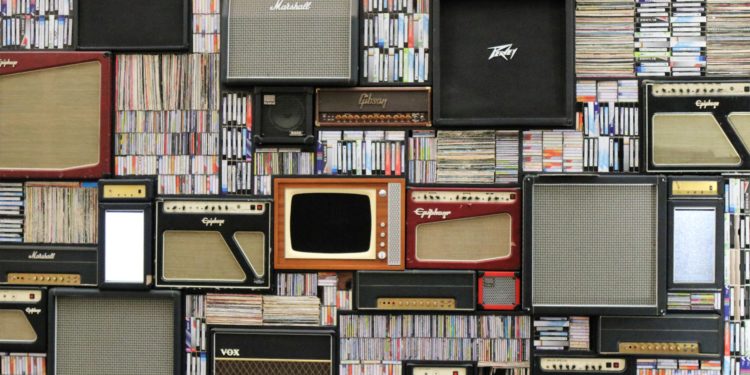 Netflix. Who doesn’t love it?! The ability to stream virtually anything you want for just a small fee of 10.99 (or 13.99 if you’d like the ability to watch on 4 screens at a time) is like no other feeling.

From being the home of tons of big budget blockbuster hits like Talladega Nights to offering smaller indie flicks like Drinking Buddies and allowing you to binge watch original Netflix Series, Netflix has taken the streaming market by storm – and it’s become a huge staple of dating and millennial culture (Netflix and Chill, anyone?)

If you and your boyfriend or girlfriend have some time and are looking to find a new favorite show to watch, here are a few really great Netflix Original Series that will have you glued to the couch and itching to watch the next episode.

The Unbreakable Kimmy Schmidt stars Ellie Kemper as Kimmy, a 29-year-old woman who was recently rescued from a doomsday cult in Indiana where she and three other women were held and manipulated by Reverend Richard Wayne Gary Wayne (Jon Hamm) for 15 years.

The show follows Kimmy as she adjusts to the harsh realities of adulthood and life in New York City; it stars Carol Kane as Kimmy’s hair-brained landlord, Lillian, Titus Burgess as Kimmy’s dramatic and often self-absorbed roommate, Titus Andromedon, and Jane Krakowski as a well-to-do and often wildly out-of-touch socialite named Jacqueline Vorhees who hires Kimmy as a nanny for her two bratty children.

The show is colorful and bright and effortlessly charming despite Kimmy’s dark origin story – you truly see the world through her eyes in all of her naivete and optimism. There are currently three seasons available on Netflix and between 10-15 episodes per season.

Big Mouth was written and produced by Nick Kroll, Andrew Goldberg, Mark Levin, and Jennifer Flackett and is loosely based on Kroll and Goldberg’s tween and teen years. Kroll voices Nick Birch (a younger version of himself) while John Mulaney voices Andrew Glouberman (a younger version of Goldberg) and the story follows them both as they navigate the waters of middle school, dating, and growing up… all while dealing with puberty personified as Hormone Monsters.

The cast also includes Jessi Klein as Jessi Glazer and Jenny Slate as Missy and Maya Rudolph as Connie the Hormone Monstress. The show is funny but sweet and incredibly honest – it will have you cringing thinking of old high school memories and the awkwardness of growing body hairs and having your first kiss;

it’s also super copulation-positive in a sea of shows that avoid talking about the taboo. The show was released on September 29th and only has one season available.

BoJack Horseman stars Will Arnett as the title character and is an adult-animated comedy. BoJack is a washed-up actor who stared in the 1990’s sitcom entitled Horsin’ Around.

The show follows him as he struggles to regain his popularity and fame all while navigating his own personal issues and mental health woes. While it certainly has its funny moments, particularly in its satirical take on politics and pop culture, the show is realistic in its depiction of depression, anxiety, addiction, trauma, and self-sabotage, which has resulted in mostly positive reviews from critics.

The show also stars Aaron Paul, Allison Brie, Amy Sedaris, and Paul F. Tompkins but includes plenty of cameos from other big names. BoJack Horseman currently has four seasons on Netflix and was renewed for a fifth as of September 21st – there is no official release date.

Set in the fictional town of Hawkins, Indiana in the 1980s, the first season is focused on Mike (Wolfhard), Dustin (Matarazzo), and Lucas (McLaughlin) as they search for their friend Will (Noah Schnapp), a young boy who disappeared under mysterious circumstances, with the help of a psychokinetic girl named Eleven (Brown).

I’m just getting into this episode myself and so far it’s been quite a wild ride! The first season has eight episodes that run between 42-55 minutes each and the second season, which will have nine episodes, is being released on October 27th.

Master of None is a comedy series that was written and created by Aziz Ansari and Alan Yang. It stars Ansari as Dev, a 30-year-old aspiring actor. The show follows Dev through his romantic and professional endeavors and offers a unique take on social issues and cultural differences.

There are two seasons on Netflix currently and the show has received critical acclaim and several notable awards and nominations. The show also stars Lena Waithe, Eric Wareheim, Noel Wells (in Season 1), and Alessandra Mastronardi (in Season 2).

Love is the perfect representation of relationships and dating in today’s society – it follows Paul Rust as Gus and Gillian Jacobs as Mickey, two kinds of confused and unsuccessful young adults who struggle to define and maintain their romantic relationship.

Through season one we see their awkward and often uncomfortable courtship and in season two we watch things fall into place (sort of) only to be destroyed by self-sabotaging behavior. The show is realistic and gritty, but still sweet – after all, it’s a series by Judd Apatow.

The next time you’re looking for a series to binge watch, check out these Netflix Originals!

Anniversary Gifts for Your Wife