Food & Dating Home » Ghosted? Here Are the Only Things You Need to Know

Ghosted? Here Are the Only Things You Need to Know 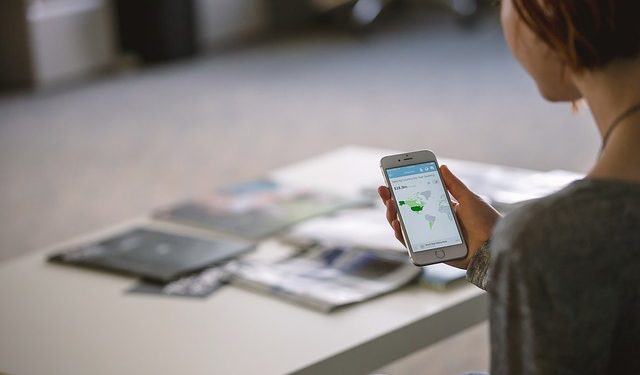 By now everyone is at least familiar with the concept of ghosting. Maybe you went out with someone a time or two things we’re going well and then…nothing.

They vanish without explanation and stop responding to your texts. It’s certainly not the most mature form of communication (or lack there of), but it’s not as mysterious of behavior as you might think when you’re wracking your brain trying to understand why it happened.

Here are the only things that you need to know if someone ghosts you.

They Did Not Care Enough to Explain

Assuming your former date is safe and in contact with their phone, they simply decided that it wasn’t worth the effort to let you down through actual words.

They felt like just dropping the situation would be simpler for everyone. It’s not necessarily because they think poorly of you, but they didn’t think highly enough of you to have a serious talk.

Or they just didn’t think seriously enough of you to have a serious conversation. Either way, they left you hanging. That should probably tell you that you’re better off without them anyway. Do you want to date someone who can’t communicate?

It’s also possible (or likely) that they’re dating multiple people casually and just forgot. Not total forgetting, but you know, just sending the thought to the back their mind.

Someone else is on the forefront. That might not sound like the most encouraging thought at first glance, but it can be. That person is not sitting around like an evil genius plotting to hurt you by not texting back.

They’re just focusing elsewhere and perhaps don’t even realize that leaving you hanging is causing you any anguish at all.

I know what it feels like to want someone who doesn’t want you back. It’s sad some of the time, infuriating at other times. You might wonder “what is wrong with them, I’m awesome!” And you should.

How ridiculous. But don’t waste too much time trying to figure out what that “what” is that’s going on with them. It doesn’t matter what they’re thinking or doing, especially if they’ve vanished from your life overnight.

They have a reason, whether or not it’s a good one, and that should be good enough for you. Don’t let your bruised ego look for retribution.

We’re all entitled to our tastes; you’ve probably dumped awesome people too, knowing that they’re awesome but just not for you.

No one needs to be chasing after someone who apparently doesn’t feel remorse about what they’re giving up. Find someone who’s afraid to lose you, not someone who’s shoving you out the door.

Pro tip: If someone is going to change their mind and come back to you, that’s usually spurred by your moving on anyway.

If they say no in any form, listen to them and walk away. They’ll either come back for you, or you’ll move on way quicker and save yourself some heartache. Win-win.

If it Happens All the Time, then it Might Be You

Everyone in the world who’s dating is at risk for being ghosted since ghosting has more to do with the person who ghosts than the people that they’re ghosting.

However, if you have found that you get ghosted all the time, over and over, then perhaps it has something to do with how you’re handling things on your end. That’s a tough pill to swallow, I know. Take a deep breath.

The truth is that some people never get ghosted at all, so no, you can’t blame the current state of the dating culture, or millennials, or whatever.

Frequent ghosting can mean a couple of different things. You could be coming on too strong which tends to make people back away quickly. You could also be choosing loads of the wrong people to go out with.

It’s also possible that you’re not projecting enough interest. That’s right…someone might be ghosting you merely because they assumed that you weren’t interested.

What a concept. Check in next week for signs that you’re the one who’s sending mixed signals.

Ever Tried Dating on the Go? It's an Excellent Way to Notch up Your Love Life