The Classic Hot Toddy Recipe (How to Make One from Scratch) 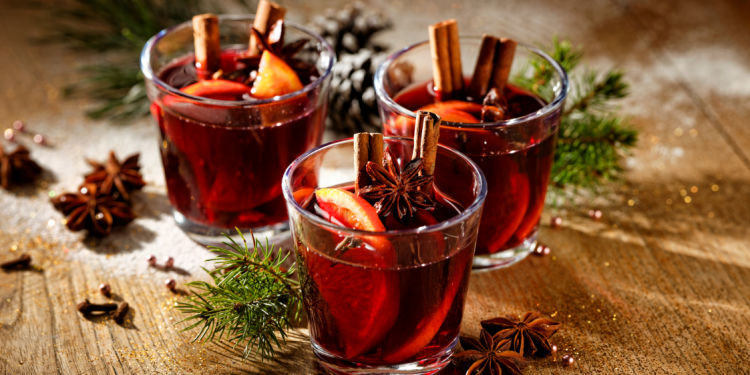 Warm and inviting, the hot toddy is a classic alcoholic drink that has its roots in Great Britain’s old world medicine. Centuries ago, people would break out a hot toddy recipe whenever they had a cold, felt sick, or needed to help break a fever. It was a remedy that was popular for its warming ways during cold seasons, but now remains popular due to its delicious old school flavor.

If you’re as big a fan of historical recipes or just love cider, stick around. This is one drink that works great for wintery date nights. Not sure how to make one? Don’t worry. I’ll help you learn how to make an authentic hot toddy in a pinch!

The Hot Toddy: Your Basic Ingredients

The good thing about hot toddies is that you don’t really need many ingredients to make ’em. Before you start, make sure you have the following ingredients on hand:

Spice Things Up With These Extra Twists

Now that you have the basics, it’s up to you to decide if you want to add any extra kicks. Some of the more popular additions include:

How to Make a Hot Toddy

If you ask me, getting the ingredients tends to be the hardest part of this treat. Now that we have all the ingredients (and optional ones) in front of us, let’s start making a hot toddy. Here’s what you’ll need to do:

There is some truth to the old wives’ tales after all. Studies have shown that the hot toddy does have a lot of compounds that can help ease a cold or flu. More specifically, it can help ease coughing fits and act as a decongestant. That being said, you might want to modify your hot toddy recipe to include less whiskey if you’re choosing to use it as a cold cure.

Though whiskey has decongesting benefits, some people might find it to be too rough on a sensitive stomach. Cutting down on it will help prevent this drink from coming back up. Obviously, if the cold sufferer is under 21 years of age, you should find a different remedy. Just because you’re sick doesn’t mean you should drink underage.

What Can You Serve With Hot Toddies?

Though it’s mostly known for being a drink meant for colds, hot toddies can also be a great date night drink or girls’ night in cocktail. Why? This is one drink that works very well with a wide range of fall recipes. My personal picks would include serving it with pumpkin pie, French pastries, or as an after-dinner drink that’ll keep you contented after a roast.

If you aren’t sure whether a meal will work with a hot toddie, take a look at the ingredients. If it has cinnamon, apple, anise, pumpkin, pepper, or sugar cookies as a part of the recipe, it will most likely make a good pairing. That being said, hot toddies don’t work well with overly creamy dinners, fish, or salads. The meal itself often can’t handle the heartiness or heat of the whiskey in a hot toddy.