Food & Dating Home » How Cinnamon Can Enhance Your Mind and Body

How Cinnamon Can Enhance Your Mind and Body 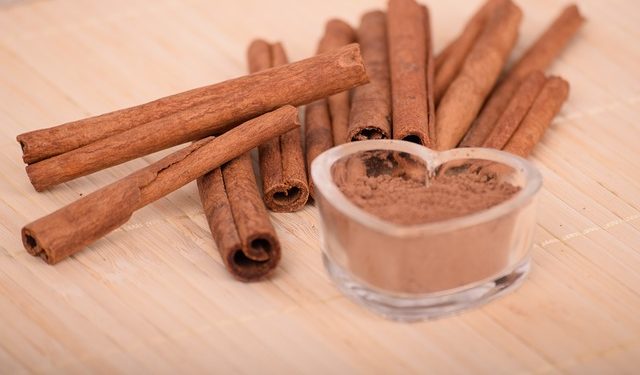 While there is any number of spices out there that people think about when it comes to not only cooking but also their rather distinctive smell, one of the most common might be cinnamon. For many people, cinnamon is a comfort spice. This is the scent that people often associate with home and family, and while this popular spice might remind people of good times, there is so much more to cinnamon than its scent.

With a rich history that includes recorded use in Ancient Egypt and early Chinese civilizations, cinnamon has been a part of people’s diets for a very long time. At one point, this comforting spice was thought to treat such ailments as sore throats and arthritis. While cinnamon may not be the cure-all that some societies believed it to be at the time, that does not mean that there are not plenty of proven benefits to this popular spice.

In fact, with its antiviral, antibacterial, and antioxidant properties, to name a few, it makes sense that this particular spice would actually be quite useful when it comes to the benefit of one’s health. For many people, the benefits of cinnamon are not just relegated to the body, and instead, this spice even helps with the mind.

Benefits of Cinnamon in your Diet

When it comes to the brain, there are certain proteins that are necessary for function and structure. However, if certain proteins accumulate beyond what is needed, it can lead to problems. One of the benefits of cinnamon, according to Dr. Axe, is the fact that it contains compounds, which can actually help to cut back on the accumulation of one of these proteins, known as tau. On top of being able to inhibit this apparently unnecessary accumulation, these compounds also protect the protein from damage, and with the protein still being a necessary aspect of the brain, this is very important.

As we mentioned before, the scent of cinnamon is often associated with comfort and home, but that is not the only thing the scent of this particular spice can do. Although there have been studies that proved that scents like jasmine and peppermint can help boost one’s cognitive function, they are actually not the only scents that can do this. In fact, it turns out that cinnamon can not only help improve cognition, it may even work better.

Whether a person sniffs something that is cinnamon scented, or even chews on something cinnamon-flavored, there seems to be an increase in one’s overall cognition. People who used cinnamon as a mental booster found that their attention to detail was heightened, their memory was improved, and even their responses, in general, were better than if they had not incorporated cinnamon into their routine.

While there may not be a cure-all for things like diabetes, one thing that cinnamon has been able to do for people who are diabetic is help with boosting insulin sensitivity. Cinnamon is also good for helping to lower a person’s blood sugar levels. Although it is always important to speak to a healthcare professional in terms of your health and wellness, research has shown that cinnamon can help aid people with diabetes as they work towards managing their insulin levels.

Again, there is no such thing as a magical answer to things like weight loss and diabetes, but because of the properties of cinnamon that help to regulate blood sugar levels, this spice is actually quite beneficial to people looking to lose weight. Incorporating fresh cinnamon into your diet can help to regulate the amount of sugar in your body after you have enjoyed a meal, which in turn helps to keep not only a fuller feeling longer, but also keep your blood sugar levels from spiking or dropping.

As we mentioned earlier, cinnamon is known for its antifungal and antimicrobial properties. This means that if you suffer from athlete’s foot, this spice can actually be used to help treat the problem, according to the Foot Files. In order to treat the problem, it is recommended that you use fresh sticks of cinnamon and boil them in water. Once it has cooled enough, you would want to submerge your feet in what is essentially a cinnamon tea soak. While one treatment will most likely not be enough, if you do the cinnamon soak every night until the problem clears up, you will speed up the process of killing the fungus that causes athlete’s foot.

If you don’t feel well and find yourself feeling nauseous, cinnamon can actually help relieve the feeling. While you would not want to do this if you are pregnant, if you are simply sick, cinnamon has been shown to eliminate nausea when ingested as a tea. The cure for nausea comes from the release of catechins in the spice once the stick of cinnamon has been boiled.

While this list of benefits is not exhaustive by any means, it does give you an idea of just how beneficial this spice is when it comes to one’s health and well-being. Cinnamon is so much more than just a comfort scent or a flavorful addition to French toast. While you can certainly appreciate the fact that cinnamon is beneficial to your health, just like any other addition to your diet, it is important to not only remember moderation is crucial, but you should also speak to a healthcare professional.

A Guide to Nutrition Fact Labels on Food Packs