Food & Dating Home » How to Flirt with a Girl

You need to be energetic, playful and enthusiastic while talking to your date. 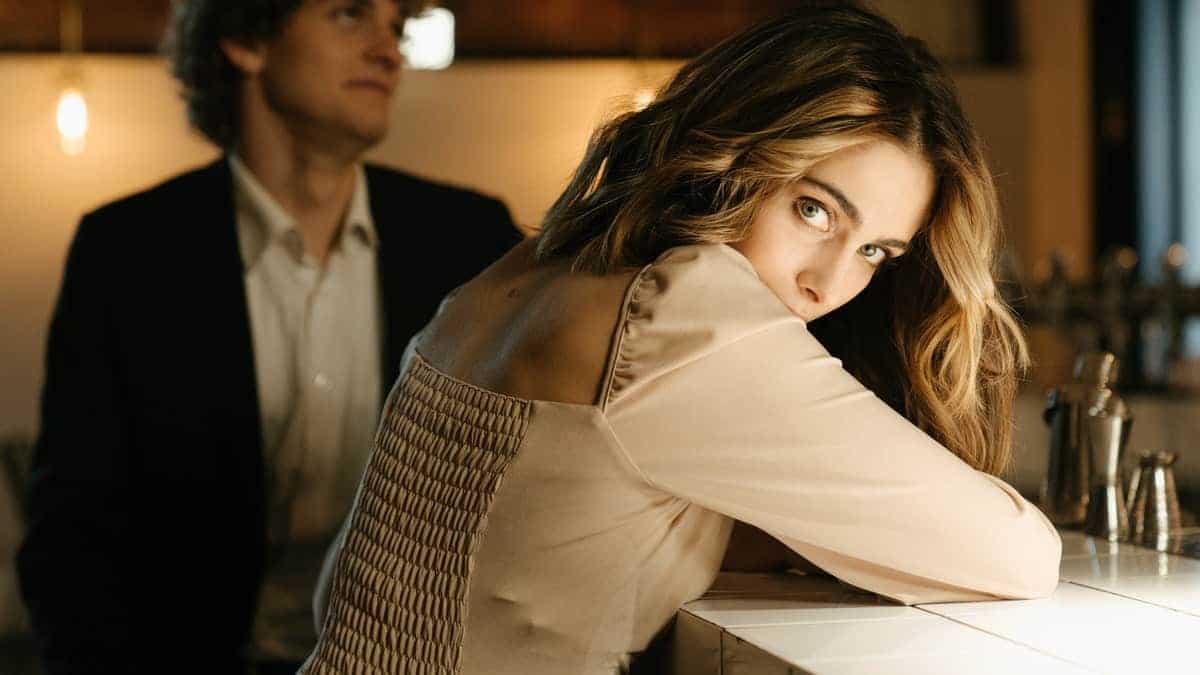 Flirting has always been a fine balance between making your intentions known and not offending the person you’re trying to link up with. In the era of #MeToo, it’s safe to say that guys have an even harder time figuring out how to flirt with a girl without appearing creepy. As a person who was born with a pair of boobs, I get it. It’s rough out there! If you’re struggling with the flirting game, I’m going to try to help you out. Here’s a quick guide on how to flirt in the two most common locations: via text, and at the bar…

How to Flirt With a Girl Over Text

If you’ve ever used Tinder, you already know that having a strong text game is the easiest way to ensure that you actually get somewhere in the dating scene. The hardest part is figuring out what to say, and how to say it. Here’s what you need to know…

Every day, girls get at least five messages that simply say “Hey.” That’s great if you’re friends, but not if you’re just starting to flirt with a girl. When you’re flirting via text, sending “Hi!” is like admitting you have no idea how to flirt with a girl…or that you’re lazy. It shows no personality or effort, and girls don’t like that. A better option would be to mention something in your profile or to start off with a joke.

For example, if you see that she’s wearing a sports jersey, ask her if she plays the sport she’s a fan of. Or, if she’s posted a picture of her surfing, ask her where the last wave she caught was. Don’t see any clues on her profile? Not a problem. Just tell her a (NOT SEXUAL) joke to get her laughing. Jokes like these are generally the safest way to go. From there, you can get the conversation going.

Once you have an opener, it’s time to actually talk about things. This is actually pretty easy to do. Ask her about her interests, tell her your stories, and pepper in compliments. You want your conversation to be a two-way street, and to show that you’re engaged in hearing about who she is as a person. Keep your topics upbeat and fun, rather than demanding or worse, complaint-filled.

This sounds like regular light-hearted banter, right? That’s because it is, with one small exception. You still want to make her interested in dating you, and you want to let her know that. Once in a while, tell her that she’s sexy or that you’re into her. After a couple of days, ask to meet in person. Ta da! You should be good to go after that.

If you’re still having trouble, check out our guide on how to talk to women without screwing up.

How to Flirt With a Girl at a Bar

The bar scene is where many singles end up finding their mate, or where they go for a quick fling. Like with all other social settings, the key to success is finesse. Here’s how to make the most of your trip out…

The easiest way to get a girl’s attention is to buy her (and maybe her friends) a drink. To do this, ask your bartender what she’s drinking and send the drinks over. It’s important not to expect anything to happen as a result of the drink. Rather, it’s about getting them to come to you and start up a chat. Drinks are a clear indicator of interest, so they know what’s up.

Another good option would be to ask a question. Some of the better choices include:

Of course, if you’re the shy type, then you can always ask the bartender to introduce you. Most will be happy to oblige.

When you get the introduction done, the next thing that you want to do is chat her up. If she’s with friends, talking to ALL of them is a must since you’ll come off as aggressive or sex-minded. Either way, you want to keep things lighthearted and upbeat. After all, you’re trying to show her that you’re there to have a fun time…and that she’ll have fun if she sticks around you, too.

Compliments are a good option here, but there’s a small caveat. Most guys make the mistake of sticking to purely superficial compliments. That’s not a good look, since it makes you appear like you’re only in it for sex. Complimenting her laugh, her smile, or even her fashion sense can go a lot further. Once the night is over, ask for her number.

If things are going really well and she’s already started to get touchy-feely, you might want to ask her if she wants to go home with you or to go on a date with you. Use your judgment on this one.

For most guys, the worst thing that they can be called is a creep. And, they’re right to feel that way. Being called a creep means that you don’t know how to flirt with a girl and that you’ve made her uncomfortable. Here’s how you can avoid being called the dreaded c-word:

Ways to Know That You’re Not in the ‘friend Zone’

Make the First Move! Ask Him out Instead

Looking for Love Can Make It Harder to Find Love, and Here’s Why