How to Know if the Fella Is into You 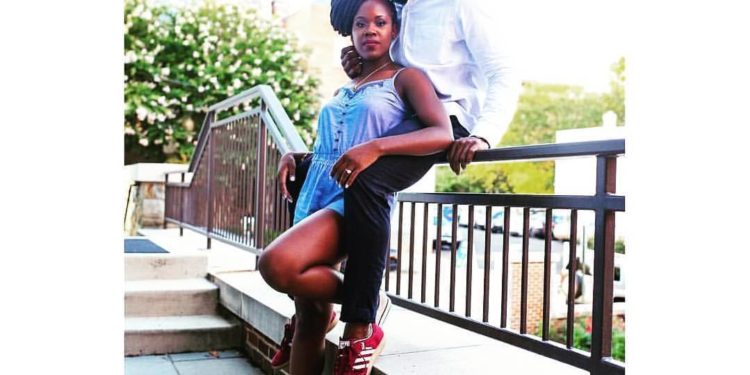 Since the tender age of pubescence, the one constant question to rack my brain has been, I wonder if my crush likes me back.

To answer this hauntingly anxious question, usually, I’d run to magazines and take a few “How to know” quizzes hoping my A through C answers would lead to a definite, “Girl, you’ve got this.”

On occasion, I would even huddle my girlfriends and clue them in on the weekly occurrences like eye locks that lasted more than five seconds or sightings of my crush snacking on a honey bun, which they knew to be my favorite snacks, and thus my crush and I had to be soulmates with plenty of other things in common.

As I got older, signs that my crush was into me became a bit more apparent. He’d put his arm around my shoulders while in conversation, or a bold but sweet brush from my cheek to my chin followed by a shy smirk.

In my late 20s, I like to believe men have become even more intentional as my social media inboxes messages have become quite crude and explicit.

Nevertheless, as an adult, I can admit that I’m still a tad hazy on realizing the sure signs of when a man is truly and intimately into me.

The age old advice of “if he’s mean to you, then he likes you,” has always been faulty and thankfully disproven. I’m led to believe that there is a handful of similarly bad advice floating out in the date-atmosphere.

Even more disheartening is the concept of casual, in exclusive dating, which makes it comparatively harder to decipher if your crush is actually into you, or just entertaining himself with a real time.

Most recently, I’ve become completely fed up with the hearsay, assumptions, and waste of my feminine wiles, and so I opted to quest what many a women’s’ pride has stopped them from attempting.

I ASKED MEN! I CC’d 25 men the question “How can women know you’re enjoying our company, exclusively,” and ladies, I have to tell you, I was surprised by their responses.

Now, many of the fellas gave multiple answers (as if they were eagerly waiting to be asked), but from the various responses I received, I noted the reports ranged from comical and superficial to absorbed and intimate.

I also noticed a few reoccurring responses which lead me to believe that certain sentiments are universal amongst men and males alike.

After analyzing and cataloging the themes, I noticed that men aren’t that difficult to decipher.

Seriously! There are two main sub topics for signs of genuine interest: Language exchange and Effort.

One response that was restated amidst the men is that guys like to laugh and find their mate funny just as much as we do.

One fella stated that “Uncontrollable smiles and laughter, like those smiles that happen out of sincere enjoyment, or butterflies” is a clear sign that he enjoys your conversation.

The pressure isn’t for women all of a sudden to become miniature Kevin Hearts, but don’t be afraid to relax and be a little silly.

Secondly, on the opposite end of the spectrum, do n’t hesitate to join your man in profound chats. Merging similar responses, men have this to say, “Get her to talk about things that genuinely bothers her, but make sure she’s relaxed enough while responding.”

Men want to “enter more into her [your] personal space, respectfully of course, not just in a sensual manner,” and by doing so they’ll return the commentary.

“We aren’t just telling stories, we are introducing deeper parts of ourselves to see how she’ll react or respond, and if she’s listening, learning, and letting us past our defenses.”

Piggybacking on the necessity of more serious conversations, men who are interested in you want you to know they value your opinion and input. One man said, if a woman is “genuinely interested in your work, hobby, interest, then she’ll ask right questions.”

Another said, if “She’s engaged, giving a full answer and contributing to conversation or activity,” then he’s even more into her.

In turn, they respond to your attention by “seeking out her [your] advice on the decisions I [he] makes.”

Lastly, but not least, we can’t leave out body language. One man said “Also, the look in the man’s eyes should tell a lot… My facial expressions are in sync with my thoughts”.

We prioritize what we want to do, and whatever doesn’t make a list, well, it’s not a priority. This rule applies to romantic sentiments as well.

If a man is truly into you, he’ll make sure he makes time for you. If he likes you, then “want to spend more time with her [you].”

One guy says, “Say we go to dinner… I don’t know about other guys, but I usually don’t bother to get desserts… But if I want to prolong the date I would offer dessert or some drinks after the meal was complete.”

I thought that was a rather smart and tasty tactic. A second response is that he’ll “always let her know she’s got a man by opening doors and holding her hand in public.”

One of my favorite displays of effort came from this response, “For the fellas that drive… If they care enough to open the passenger door for you before getting in the car himself… That man enjoyed their night with that young lady (lol).”

In review, though I’m pretty astonished to see that the telltale signs of interest are pretty mutual and similar from men and women, I’m glad to know we’re all looking for the same things.

Ladies, I hope after reading this the pressure is off and the ambiguity is less dense. The male psyche has been expounded for our pleasure. You’re welcome. Now go forth and bag your crush.