Food & Dating Home » Is Paris Truly the Home of Love and Romance?

Is Paris Truly the Home of Love and Romance? 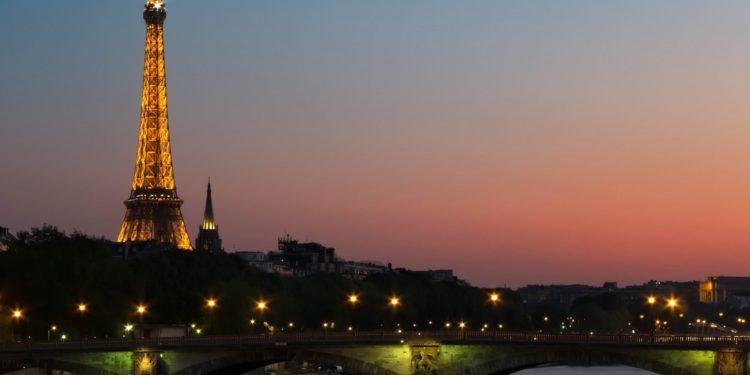 The association of Paris with love and romance has been a notion enshrined in many a people all over the world as is the San Francisco Bay area and Tech. Honestly, something about this city explains why people by their millions embark on a pilgrimage to Paris every year especially on Valentine’s Day to profess their love to one another. I decided to get to the bottom of the whole Paris and love relation and well, here is what I gathered.

We all have our local cuisines and some that are, as a matter of fact, a national heritage. That said, the French are revered all over the world for theirs. The fact is that food is at the core of romance. I mean, what’s a date without good food that you can enjoy together. The French cuisine in many ways offers the refined taste that appeals to all that give it a try.

Another important aspect of the city’s gastronomic delights is its wine culture. Let’s face it, the French are masters of wine, and the fact is, the culmination of an excellent romantic dinner is sharing a bottle of good wine and toasting to your love.

The Natural Beauty of Paris

Love is beautiful. For that reason, it’s only befitting that we celebrate it in beautiful environs. Paris is a well-planned city with beautiful architecture. Even the modern structures feature designs that amplify the city’s beauty. Her attractions are not that far apart, and hence her charms are best explored on foot.

An integral part of the beauty of the city and one of the top romantic destinations in Paris is the Eiffel Tower. It is visible from all over the city. For anyone that tours this majestic city, a professional photo session at this structure is a must have. Nothing prepares you for the pristine feeling of standing at its feet or the views from its top that you will surely hold dear for a lifetime.

Many couples have had their marriage proposals at the Eiffel Tower, and many continue to do so every year. At night, the tower’s beauty is never in doubt. With its 20,000 bulbs that shine bright and twinkle, making the environs a very romantic spectacle.

The Art and Culture

Paris earned her name, The City of Light, during the age of enlightenment when many visionary ideas were born. This ‘light’ has endured to this day attracting as many as 42 million visitors each year making it the most visited city in the world. The art and cultural history of Paris is key to its association with romance.

Many of Paris’ visitors over the years have marveled at its beauty and flawless culture. I mean, being the home of Picasso explains it all. The city features one of the most visited art treasure houses in the world – the Louvre. It’s alluring even from the outside.

The Louvre hosts some very famous ‘residents’ including –The Mona Lisa. It does appear like the Parisians – and they are many (up to 12 million of them). Picture it as a duty to live life to the fullest making Paris one of the most entertaining cities in the world.

And Now, the Black Spots

There is much to love and be excited about in Paris. However, in many ways, the city experiences the majority of the problems associated with any other metropolis all over the world. These include traffic jams, pickpockets, pollution (noise and air), as well as garbage and litter.

In addition, over the past four years, the city has been on a heightened security alert, majorly due to the numerous terror attacks that have been carried out in France. In light of this, the sight of fully armed soldiers patrolling the streets has now become the norm.

What I have gathered in my research and experiences about Paris has served to endear me more to this beautiful city. For sure, this is indeed the love city of the world. Terrorists will not prevent us from enjoying love and expressing it. Similarly, every other metropolis’ problems like traffic jams and pollution shouldn’t deter you from visiting the city of love and enjoying every moment.

How to Deal with Rejection