Is Souping a Good Diet? 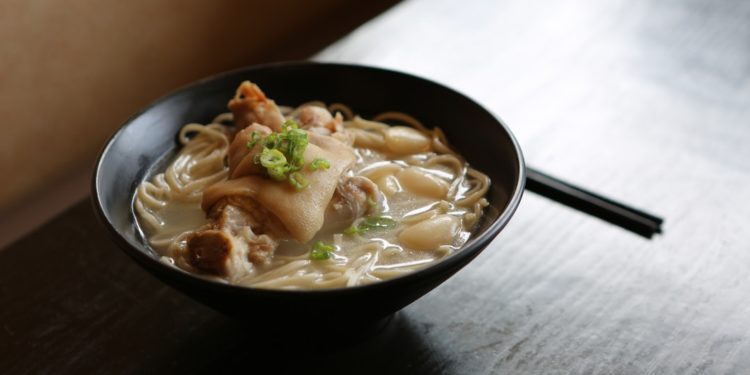 It’s the hot new diet trend, but does it help you lose weight?
Souping is the popular new way to lose weight, but does it work? More importantly, is eating soup all day good for your health?

Souping is regularly eating soup for every meal. Gwyneth Paltrow and Jennifer Aniston are just some of the celebrities who tout souping as a way to stay in shape. There are even companies that will deliver soup meals to homes every day. While many swear by souping, it’s not for everybody. Here are the pros and cons of this new fad diet.

"Soup can be a healthy and delicious way to create balance after a season of heavy meals or even a particularly indulgent weekend," said Robin Foroutan, a registered dietitian, to CNN. "It gives your digestive system a chance to reboot and de-bloat."

Soup can be a delicious meal that will make a person full faster, so they don’t overeat. Unlike a juice cleanse which can be full of sugar, soups often have healthy vegetables that provide fiber and meats that add protein.

Soups come in a variety of flavors so that dieters won’t get bored with the food as easily as with other diet foods.

"My veggie ‘detox’ soup with kale, daikon radish, celery, bok choy, broccoli and turmeric; and even a simple broth with whichever vegetables are in my fridge simmered in organic bone broth. The options are endless," added Foroutan.

While souping is a favorite with many users, not everyone who tried souping loved the diet. OneElite Daily writer, Niki McGloster, tried souping for a few days, but wasn’t thrilled. She liked most of the soups, but her breakfast had an aftertaste of beans and onions that was hard to take. The other soups she ate were healthy, but not as filling or energy-producing as she thought. McGloster was easily bored by the all-soup diet, tempted by those eating solid food around her, and grew "hangry" throughout the day.

There are also extra "rules" to souping that may hinder the diet. Soup delivery companies tell users not to drink alcohol while souping and to eat soup every two hours to avoid hunger. Users may not want to put up with those precautions before they soup.

As with any diet, consult a doctor before starting and exercise caution when starting to soup. Souping may be best as a one-day cleanse or just adding soup to a diet once a day can be beneficial to maintaining health. Whether users try souping for a day or longer, they should make sure they are making healthy choices that are best for their bodies.

5 Ways to Get Your Confidence Back After a Hard Breakup