Italian Appetizer Recipes You Can Copy

Why travel to Italy when you can bring Italy to your own kitchen? 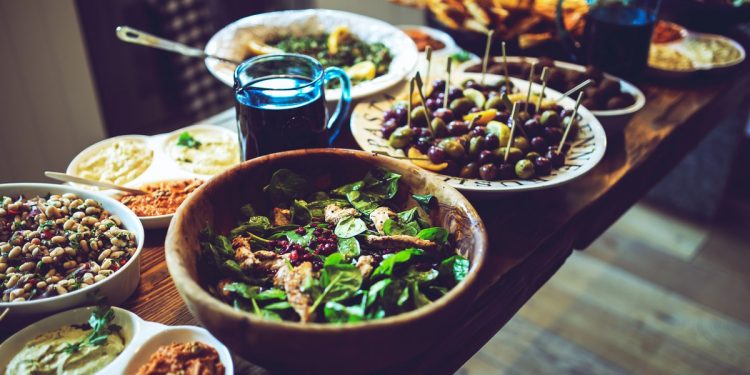 Italian appetizers; hand down they make for some of the best dishes that are out on the market. With the current virus that’s going around, it’s safe to say that no one’s going anywhere far anytime soon. Not to say that you can’t bring amazing Italian food to you, since the supermarkets are still open, as they’ve dubbed as “essential.” We know that you’re probably hungry if you’ve clicked on this article, so we suggest that you try any or all of the following 11 Italian appetizers to cure your hunger so that you don’t become hangry.

It’s no surprise that Italian cuisine has more to it than pizza and pasta. The nice thing about this recipe is its flexibility to make adjustments to it; want to add in some cheese? Fine. Want to make it a little bigger? You got it. The opportunities to adjust this recipe to your true needs and desire are never-ending. The minimal warmth from the tomatoes that are used in this Italian appetizer dish add flavor to the crisp crostini.

Antipasto; this doesn’t mean that you’re against, in fact, after you try this, you’ll definitely be for it. Pasta noodles can be used in order to make this Italian appetizer at home for yourself. Antipasto dishes are usually cold, while traditional kinds of pasta are nice, warm, and utilize a solid amount of sauce, but you have to remember that this is an Italian appetizer; not a full-on dish.

Although this dish is similar to the Crostini, one of the main differences is in the bread that’s used. We’re talking about ciabatta versus a standard baguette, which makes all of the difference in the world. Also, unlike the crostini, you don’t have to cook anything, so gone are the worries of your kitchen burning down.

Meatballs are one of the most common dishes. While they’re most often paired with pasta for the famous spaghetti and meatballs dish that we’ve all come to know and love, you can have the meatballs on their own for an Italian appetizer. Requiring minimal ingredients and attention, this dish is bound to be a crowd-pleaser.

The best way to think of arancini is to think of them as mini rice balls. While this recipe does take a little longer to make, the fact that you’d be eating rice in a fried ball makes it all worth it. Arancini can also be made in a miniature form, but that’s completely up to you.

If we told you that we didn’t instantly think of this appetizer, we’d be lying. Although the preparation for this dish can take up to three hours, it will surely be worth it when you bite into one of these.

Calamari is Italian for squid. This dish is very popular and is often seen on the appetizer menu at your local fancy Italian restaurant. To make calamari, it takes approximately 30 minutes, which might seem like a long time in the grand scheme of things, but in reality, it’s not that bad.

See Also: The Classic Hot Toddy Recipe (How to Make One from Scratch)

Probably the most popular Italian appetizer in this entire article, garlic bread is crispy while packing in the perfect amount of punch when it comes to the overall flavor. As long as you don’t burn the bread while making it, we’d say that you did a great job.

Sweet, sweet croquettes. They’re warm and gooey, and the hint of mozzarella really puts the finishing touch to this dish. While some people would question if this dish is really Italian, do you see other cuisines making croquettes?

Probably the quickest recipe to make out of the 11 Italian appetizer dishes that are in this article, making a Caprese salad only takes ten minutes to produce. The recipe calls for five ingredients, making it relatively minimal when it comes to food shopping, which makes it easy with all the social distancing rules!

Focaccia is a popular dish in Italy, but here, most people skimp out on it for garlic bread, which is also something that’s mentioned in this article. While it takes four hours to make and an abundance of ingredients, the texture of the potato and the leek won’t let your taste buds down.