When it comes to dating, using apps and online dating services has become the primary way to meet new people. However, with online dating and apps come all kinds of things to watch out for. While many people are already aware of what catfishing is and how damaging it can be, this does not mean that there are not other things that daters should be on the lookout for.

Another negative aspect of dating that people need to pay attention to is kittenfishing, which many people are actually guilty of doing, even unintentionally. For those unfamiliar with the term kittenfishing, think of it as a less detrimental version of catfishing.

While catfishing is completely pretending to be someone you are not, kittenfishing is when a person attempts to portray themselves in a different manner or light that makes them look better than they truly are. At its simplest, kittenfishing is little white lies or exaggerations that are used to make a person look better in the eyes of a potential mate. Unfortunately, many people are guilty of this.

Kittenfishing can be very innocent and unintentional, or it can be a very deliberate set of lies to make a person seem more attractive to another individual. While lying is never okay, it is not so much about pretending to be someone else, as it is attempting to really make an impression.

This could mean purposefully lying about one’s height or age, or perhaps it is hoping to make such a good impression that you exaggerate about your career or hobbies, which leads to misrepresenting yourself to other people. Kittenfishing can even be when a person focuses solely on one aspect of their personality that they think will appeal to a potential partner. However, when you meet them in person, that particular aspect is overshadowed by other parts of their character or personality.

Another aspect of kittenfishing is when a person uses an older photo of themselves or even one that has been edited to look better. Whether this means using filters, like on Snapchat, or going so far as to Photoshop a picture, the idea is to post a picture that makes a person look better or more attractive in some way.

This is all about trying to look better in order to attract a person, but at the same time, the problem is that the reality tends to be slightly different, which actually hurts one’s chances of finding a meaningful relationship.

While plenty of people have admitted to being the victims of kittenfishing, those same people do not think that they are guilty of doing the same thing. The reality is that for some people, what they are doing is not necessarily about lying, but rather about dealing with being insecure about certain aspects of their looks or life.

When one is insecure, those issues tend to overlap into other aspects of their life; especially their dating life and it can be hard to overcome those problems, especially when the person does not realize that they have a problem.

Whether it is about confidence or fear of not being good enough, kittenfishing has become such a widespread problem, that some people have no idea that they are doing it. Embellishing in order to gain an edge is a problem, but with how competitive dating can really be it, unfortunately, makes sense for people to want to put themselves out there looking their very best.

Perhaps the only way to combat the problem of kittenfishing is to try and be as honest and open as possible. Don’t pretend to be someone that you’re not because, in the long run, the only person that you are hurting is yourself. While there are dating sites that are looking to add such features as live pictures and videos in an effort to eliminate the worst of the kittenfishing, the only way to really stop the problem is to do better ourselves.

Our dating profiles are a reflection of who we are and if we want the best possible outcome when it comes to finding a partner, then honesty is the best possibility. The only person we hurt by these little white lies is ourselves because we may miss out on the perfect person for us. 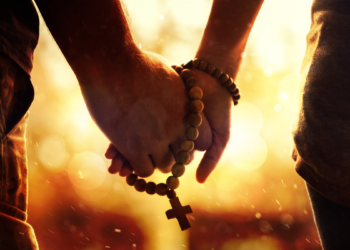 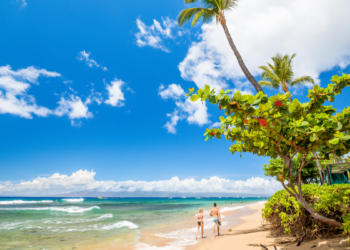 5 Details That Will Make Your Dinner for Two Look Amazing