Food & Dating Home » How to Know if You Are Codependent

How to Know if You Are Codependent 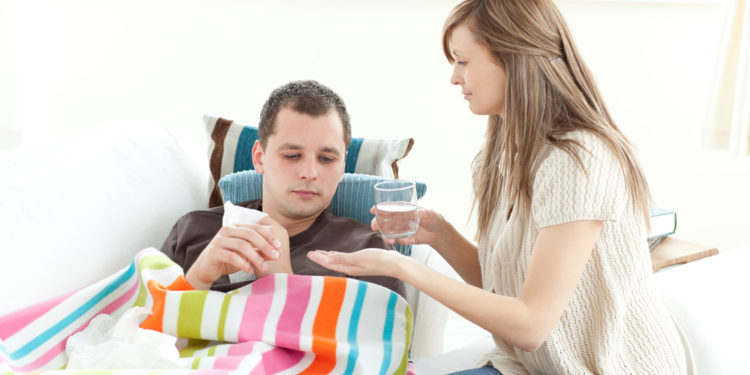 Positive woman taking care of her husband at home

For many couples, there is no dirtier word than "codependent." No one wants to be told that they’ve lost themselves in their relationship or lost track of friendships because they’re attached to their partner by the hip.

But in its truest sense, being codependent doesn’t mean you let your boyfriend tag along on girls night or you constantly cancel on family dinner because you’d rather stay in and cuddle with bae. Those examples certainly can be shades of the issue at large, but codependency does not solely mean you enjoy spending a lot of time with your partner.

So, if that definition is a misconception, what does it mean to be codependent?

What does it mean to be codependent?

According to Mental Health America,

It is an emotional and behavioral condition that affects an individual’s ability to have a healthy, mutually satisfying relationship. It is also known as “relationship addiction” because people with codependency often form or maintain relationships that are one-sided, emotionally destructive and/or abusive.

In essence, codependency is a one-sided relationship in which one person sacrifices their mental (and sometimes physical) well-being to fix the problems of their struggling partner. Traditionally, this term was used to describe people who stayed with an alcoholic spouse in an attempt to "fix them," but the term is now used more broadly to capture a variety of unhealthy relationships, including emotional abuse.

Additionally, codependent relationships aren’t restricted to romantic relationships. They can easily exist in parent-child relationships, friendships, or between other family members.

Signs That You May Be in a Codependent Relationship

1. There’s a Giver and a Taker in Your Relationship

Growing up, my parents used to warn me to be wary of "takers" – people who, in their own words, would suck the energy out of you if you allowed them to. Mom and dad weren’t too far off.

2. The Giver is Always Solving the Takers Problems

Whatever the takers problems might be – whether it’s addiction, emotional needs, issues at work, mental illness, or anything else – the giver takes it upon themselves to do everything in their power to remedy it.

This might mean working overtime so the taker doesn’t feel too much pressure to get a job, supplying an abundance of emotional support, or trying to work through mental struggles without the help of a professional.

All of these solutions can leave the giver exhausted, overworked, and even put them in a dangerous position, both mentally and physically.

One of the biggest signs of a codependent person is that they willing sacrifice their own happiness and energy to make others happy.

If you struggle saying "no" to any little thing and cannot set personal boundaries with others (meaning you allow people to waltz into your life and do whatever they’d like, regardless of your well-being), then you may be a codependent individual.

Where does this stem from?

Codependent behavior can come from a few different places in the human psyche.

In some cases, it’s the need to control life and the people in their life. Often, codependent people tend to be bossy and will have a tendency to disrespect others’ boundaries, just as they allow people to disrespect their own.

“People who are codependent are consumed with meeting the needs of others,"
says human behavior expert, Trevicia Williams, PhD. "They have a difficult time drawing the line between personal time, space, possessions, finances, and feelings, and that of others."

“They wear the feelings of others on their shoulders and assume responsibility for their problems,” Williams adds. “Codependents also feel like their feelings aren’t important. Many become people-pleasers and forgo their own happiness for someone else’s.”

In other words, codependent people derive their worth from helping others. They feel as if their own feelings aren’t important, especially when compared to the needs of others. So, taking care of their needs hand-and-foot gives them purpose and makes them feel fulfilled.

Some codependent women may feel they are fulfilling gender roles by acting codependent, since women are traditionally taught to be nurturers. However, studies have shown that men can just as easily become codependent partners.

If you or a loved one is struggling with codependency, this website has a helpful list of tools and resources that may be useful.

How to Know You’re More Than Friends with Benefits