How Matchmaking Has Evolved and Could Become More Prominent in 2019 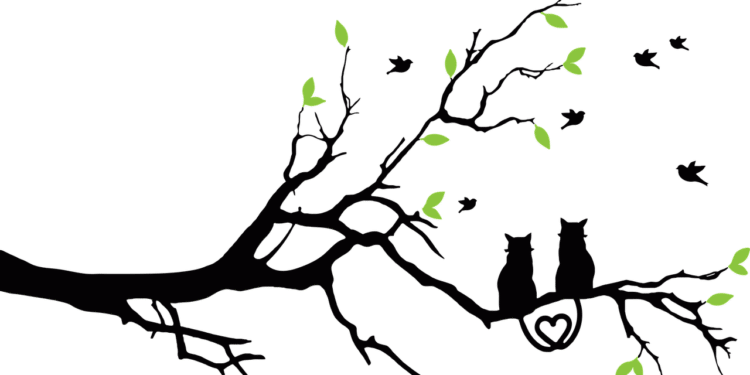 The Culmination of Matchmaking

In the past, matchmaking was one of the most important activities because it determined family genealogy. Matchmaking’s role in modern society seems obscure, as there are plenty of dating apps available. But matchmaking still thrives today. But you may be wondering how with dating apps.

Many people realized that they spent hours, days, or weeks scrolling through shoddy profiles and many times fake ones and that they wasted their time on joyless and inconsequential dates as result of these uninformative profiles. So they turned to matchmaking services, and found love, companionship, and marriage.

Farming has always been the heart of America (and basic human societies around the world and throughout time), and until the industrialization age was the pivot around which American society revolved.

In the pre-industrialization era, the whole family worked on the farm. The children left only for church, social dances such as the line dance and square dance, and special errands. Only at these times were there opportunities for matchmaking. A local matchmaker set up kids. They’d converse, dance, etc., and from there a subsequent relationship formed whose culmination would hopefully be marriage. The matchmaker received as payment a percentage of the dowry.

The family of Willie Daly has been matchmaking for generations. They’re based in Ireland – whose farming lifestyle, as Europe’s, is similar to America’s. Daly is currently in his early 70s, he states, but he also says he’s unsure of his age. He’s been matchmaking for around 50 years. He writes details of those he matches in his large and barely bound notebook that his father used. If you read his father’s notes, you see that most qualities of the potential partners were only the number of animals and acres they had.

Because farming was central in those times and because men are able to endure its physical aspect, they had purchasing power. Being practical, they often only sought women to help work the farm, keep track of stock and finances, and tend to the home, raising children and completing menial duties. These skills can be learned, so they aren’t a part of someone’s native character. The men were so often not looking for such individualistic characters. Such wasn’t always the case because Daly’s first match was between a farmhand John and a young woman. At Sunday Mass he’d blush as he passed her. Daly introduced them, and they were later married.

With industrialization came technology so Daly thought this kind of matchmaking would end.

Industrialization brought a scientific way of living to each home. Everything also became technical. Also accompanying industrialization and the modern age was the idea that people must love each other to marry. The subsequent matchmaking focused and focuses more on individual character rather than only on material goods. Its scope was and is compatibility.

In the 1920s a new matchmaking test emerged. It was the culmination of mixing science with matchmaking. The first part was the physical attraction test. The scientist attached electrodes to the partners’ writs and wraps a chain around their chests to measure breathing. If partner one kissed the second and both respired quicker, they were a match. The next was the sympathy test, which is where one partner watched the other undergo physical harm, and if the watcher inhaled vigorously, they were a match. For the body odor test, one partner was in a capsule with a tube. The other partner inhaled from the tube. If this partner didn’t dislike the scent, the two were a match. The nerves disorder test involved shooting a gun. If both didn’t overreact, they were a match.

An IBM programmer developed TACT (Technical Automated Compatibility Testing), which was a questionnaire. It asked about a person’s thoughts on birth control, foreigners, free love, homosensuals, and interracial marriage. Men ranked pictures of women’s hairstyles as women chose what pictures among those of men working they liked. The machine punched the card and fed it into the IBM 1400 series that released the matches – five blue cards and five pink ones for women and men respectively.

This age brought the beginning of dating sites. In 1965, one of the first was Operation Match, made by Harvard students Jeff Tarr and Vaugh Morril, only for college students. It was a questionnaire of 135 questions and each student had to pay $3 for it. The two would insert the results onto the computer and have it match people. In nine months, they raise $300000. And they expanded.

Match had a rival, Contact, a similar operation David Dewan of MIT created. But for this students paid $4 each. For both operations, when two people matched, they received notifications of that person’s contact information. At this point phones were available, so contacting was simple.

In 1985 Lubeck, Germany, there were more women than men. On May 1, “American Weekly” published a solution, a slot machine. It had pictures of men and women. You chose one, and a card of the person’s history and details slid out. On it also was the contact information of the matchmaker, who set the date up.

Now that this age established technology to be important in dating, the next age completely incorporated it.

The Concern with Dating Apps

Technology has become more specialized. Dating apps came in, and they’ve drawn in millions.  But people have issues with them.

With these issues, this matchmaking services that people founded are the best mixtures of advanced technology, traditional matchmaking, and an adherence to following love based on individual qualities.

One of these new matchmaking services is OkSasha, founded in 2015. The founder, Sasha Silberberg, would meet people in the park to pass her cards and gather more contacts in the night at bars. Eventually, she created OkSasha, after gathering enough contacts and investment. She emphasizes remedying the issue of little face-to-face contact. Her service ensures you’ll meet people, but only after she has screened them. The process is you sign up, enter your traits, match, and meet in person, with Silberberg and company guiding you along.

The standard procedure for modern matchmaking is that you sign up and pay a nonrefundable fee to consult the matchmaker. If she thinks she cannot help, she may recommend you to another specific company. Otherwise, you pay a membership fee ranging from a few hundred to thousands of dollars per month or per year so she can begin searching for the perfect person. At this point, she converses with matches. The matchmaker’s job now is dating, for you. If they find you fit someone they “dated”, they then arrange a date for you two.

Tawkify utilizes algorithms to match people perfectly. They analyze dates and time to ensure people meet one another in a situation that’ll propel them into a relationship and marriage. They connect dating concierges to the necessary people, too. Tawkify searches primarily for efficiency.

Three Day Rule combines the face-to-face meetings of OkSasha with the algorithms of Tawkify and adds in one more element – facial recognition software. The company believes people’s dating partners reveal much about their preferences. So they require potential customers to upload pictures of former partners. This method finds them a fitting mate efficiently.

A Relic of Time

Daly still plays matchmaker, one whose facilitated around 3000 marriages. He’s become precise enough to start a yearly, week-long matchmaking festival in Lisdoonvarna. For only $10 to $15 you could consult him, and even at the festival there he could, for you, find someone.

Physical, face-to-face matchmaking won’t be as prominent as it was up to the industrialization age. But because of technology, the niche of matchmaking is more specialized, and will become only more so. Not only that but there are wider varieties of this specialized matchmaking. If one site or company doesn’t satisfy you, thousands of others exist, especially in this 2019 and moving forward. The matchmaking service perfect for you, whether you be an athlete, lawyer, professor, entrepreneur, fireman, or other is open. You only need to find it and so find love.