Food & Dating Home » My Friends Met in Real Life, Not on an App

My Friends Met in Real Life, Not on an App 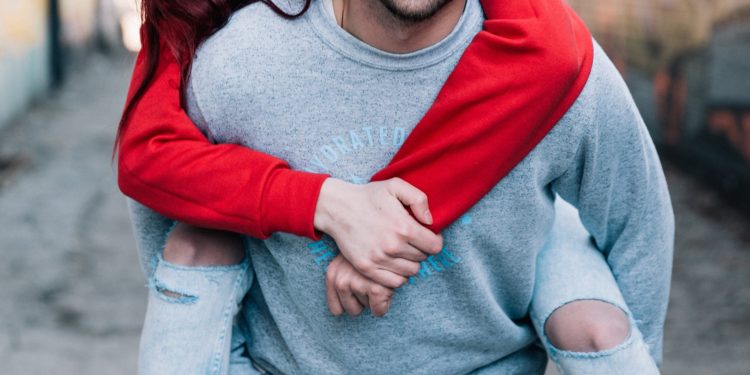 Today, dating is a task. A chore. Something we must manage to fit into our already packed schedules. We turn to dating apps for convenience, but it turns into us playing the "question game" with our matches like we did in middle school over AIM at 2 am. How are we supposed to feel that romantic spark communicating via gifs and emojis?

I decided to sit down with my two beautiful friends, let’s call them N and M. They are both in their 20’s, have very different jobs, hobbies, and friend groups, but still managed to miraculously meet in real life!

However, I knew both of them had tried their hand at dating apps prior to meeting. So, I decided to be nosy and ask them some questions about how they met, their experiences with the apps, and create a discussion to help us all learn how to find love without tiring out our thumbs.

ME: M and N, let’s get right into it and tell me about how you met.

M: It was at The Winter Happy Hour hosted by the Jewish Community Center (JCC) on the Upper West Side. It was an event for ages 21-29.

ME: How did you both hear about this event?

N: My friend J wanted to go and she invited me, along with one of her other friends. She told me it was a singles event and I was like ugh, that’s not really my thing, but like whatever, I’ll go. But when we got there, it was more like a networking event, and it was funny because there were barely any guys. It was all girls. So, we were like ok, we just get drinks and make the best of it.

M: I went because I’m in a soccer league at the JCC and the people who run the 20-30’s events, I’m friends with. I wasn’t sure if I was going to go that night, but decided to because it was in my neighborhood. I didn’t really go with anyone, like N, I just kind of dropped by to see if any of my friends were there.

ME: Ok, so who talked to who first?

M: My friend Z, who was there, was sort of just going around talking to people, so I tailgated her. We eventually made it to N’s group and I just introduced myself to everyone.

Me: Did you guys feel an instant connection?

M: It was definitely awkward.

N: I basically had to force a conversation out of him.

ME: And what was your first conversation about?

M: We were talking about New Orleans?

N: Yeah, we were talking about New Orleans. I had spent my birthday in New Orleans and then M was saying that he went there too. We actually talked about a lot of things.

M: We ended up talking to each other for like-

M: Meaning like an hour or so, and then I had to go, so I figured I might as well get her number.

N: Yeah, and I mean after that we went on a couple of casual dates. The first date we ate way too much hummus.

N: And it was super casual because M had to go right to soccer. And I think it was like our second date when we really made a connection.

ME: Because you had met M prior, did you feel more at ease going on the first official date?

N: Yeah, I wasn’t nervous. I was excited, but like was thinking of it as whatever happens, happens.I just wanted to learn more about him.

ME: Ok, so now you’ve been seeing each other for a while, congrats on finding love in real life! But, I know before this you both used dating apps. So let’s talk about that.

N: So, I started using them because I went through a breakup, and I guess it was just the first thing I did to get over it. I was recently back in New York, after college, and I didn’t really know a lot of guys in here. I started using Tinder and then Bumble and I used them on and off for a few years.

M: Yeah, I actually started when I was still in college. That’s when they really started taking off. But honestly, it was more like a game or something, like something you did when you were bored. College was a much more conducive environment to meet people because of social events, so the apps weren’t something I used actively. But, then when I moved back to New York after college and after a few months of settling back in, I started using them again. I gravitated towards the app, Coffee Meets Bagel.

ME: What drew you to that app specifically?

M: It was more serious of an app.

M: Yeah, more like dating-oriented, than just like meeting people. I liked it better. I had Tinder and Bumble but just didn’t use them much.

ME: So, these app dating experiences, what were they like?

M: I wouldn’t say I had any super negative experiences. Sometimes it didn’t work out and it was just a one and done. I guess sometimes it was frustrating and once in a while, there was a bad date. But nothing super negative. I went on a few good dates, but nothing really went past that. It was nothing that lasted. I guess what makes it hard is when you’re on a few different apps and you have a few first dates in the matter of a week.

ME: That sounds stressful.

M: It’s a little stressful, yes. It’s like in a week, you’re on a few first dates and also a couple of second dates, and you have to recalibrate at the beginning of each date. It’s much less seamless than just focusing on one person.

N: With me, it was a combination of good and bad. I came out with one 8 month relationship. It was someone I met on Bumble. But, after that, it kind of just went downhill. I met a lot of assholes.

ME: Oh no, what kind of assholes?

N: F—boys. Guys that I would go on a couple of dates with and would make up some excuse why it wasn’t going to work out. They were just interested in sleeping with me.

N: Oh, for sure! I didn’t really meet anyone that stuck along after that.

ME: If these are mainly hook-up apps, how did that affect your confidence going into a first date?

N: So, I’m not big into social media. Like, I’m not a big selfie-taker. I don’t try to take pictures like an Instagram model. But, I would always meet guys who would like those kinds of girls and yeah, it would make me feel really self-conscious.

ME: Right, because you would be worrying about posting the pictures on the app that guys want to see rather than showing them who you truly are.

N: Exactly. When I met M, I wasn’t even all dressed-up. I was just myself and he was himself. That’s what made me attracted to M. That doesn’t happen over an app.

ME: Right, the apps are all about image. But, if there is all this negative stigma surrounding the use of these apps, why do you think people still use them?

N: Convenience. Especially in New York, people don’t have time. People are career-oriented and there are so many options for partners out there. New Yorkers always think there’s something better out there and they’re determined to find it.

ME: Yes, and I’m sure being able to swipe through hundreds of abs and pretty faces every day on Tinder and Bumble just heightened that New Yorker mentality.

N: Right, whereas when you meet someone in real life, it’s more seamless, like M said.

Five Things to Take Away From this Discussion:

1. Push yourself to go to a gathering you wouldn’t normally go to.
2. Coffee Meets Bagel over Tinder, Bumble, and Hinge…unless you’re looking for just a hook-up.
3. F—boys are everywhere.
4. New Yorkers will never change.
5. It pays to be yourself.