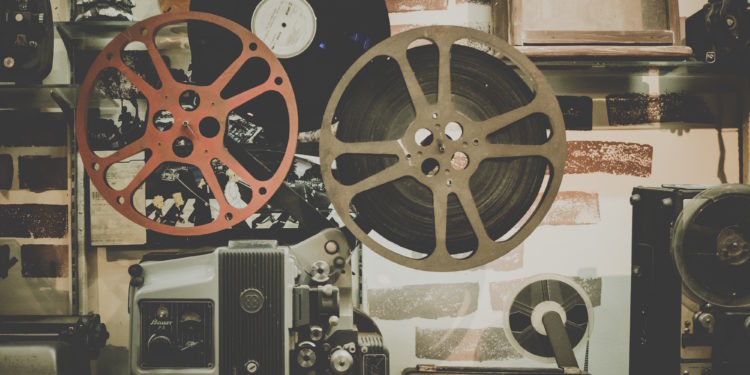 Netflix. Who doesn’t love it?! The ability to stream virtually anything you want for just a small fee of 10.99 (or 13.99 if you’d like the ability to watch on 4 screens at a time) is like no other feeling.

From being the home of tons of big budget blockbuster hits like Talladega Nights to offering smaller indie flicks like Drinking Buddies and allowing you to binge watch original Netflix Series, Netflix has taken the streaming market by storm – and it’s become a huge staple of dating and millennial culture (Netflix and Chill, anyone?)

Aside from their Original Series, indie movies are Netflix’s bread and butter. I love finding some hidden gems within the independent genre – some of my favorite movies of all time have come from scrolling through this section and watching whatever looks interesting.

Here are a few of my favorites:

ACTORS YOU’LL RECOGNIZE Alan Tudyk, Carlson Young, Craig Roberts
WHY YOU’L LOVE IT Premature (2014) is a classic case of ground hog day with a raunchy twist. It’s slapstick at times, but honest about maturity and aging (and if you like that sort of story, check out Big Mouth on Netflix.) The film is not a technical masterpiece, there’s no stunning cinematography or deeply moving writing, but it’s cute and it’s totally worth the watch if you’re just looking for a movie to pass the time.

ACTORS YOU’LL RECOGNIZE Jared Leto, Juno Temple
WHY YOU’LL LOVE IT Mr. Nobody (2009) features breathtaking visuals and a beautifully imaginative plot in which we truly are able to reflect on how each choice that we make as individuals shapes our very character and the different events in our lives. Jaco Van Dormael’s screenplay is a triumph and will leave viewers guessing and trying to understand the intricacies of the film until the very end. All in all, Mr. Nobody is a must watch for anyone but especially for any film buff and aspiring director, actor, or writer alike.

ACTORS YOU’LL RECOGNIZE Olivia Wilde, Anna Kendrick, Jake Johnson
WHY YOU’LL LOVE IT Olivia Wilde is a talent. She can easily go from big budget hollywood starlet to the laid-back "cool" girl in an indie flick. In Drinking Buddies (2013), Wilde stars opposite New Girl’s Nick Miller (Johnson) in this indie comedy. They’re co-workers and best friends, blatantly ignoring their obvious attraction for each other and stuck in two outside relationships that seem to be going nowhere. With improvised dialogue, an ambiguous ending, and scenes where the cast is visibly "hammered", Drinking Buddies is a joy to watch.

ACTORS YOU’LL RECOGNIZE Michael Fassbender, Domhnall Gleeson, Maggie Gyllenhaal
WHY YOU’LL LOVE IT Frank (2014) is strange – that’s undoubtedly true – but it speaks volumes about the larger issue of mental health in teens and adults. Aside from that, the film has catchy music and through all it’s drama some truly funny moments. It’s a must watch for anyone who’s willing to get some new (and not always good) songs stuck in their heads and anyone who loves films loosely based on reality — screenplay is loosely based on The Freshies’s Chris Sievey and his persona, Frank Sidebottom.

ACTORS YOU’LL RECOGNIZE Chris O’Dowd, Noel Wells, Lakeith Stanfeild, Jessica Williams
WHY YOU’LL LOVE IT There are a million films within the same vein as Jessica James – how many times have we seen jaded, cynical young people find love and success in the big city? – but something stands out about Jessica. Maybe it’s our lead’s unabashed confidence and brutal honesty (“honesty is like the only thing that matter’s to me,” says Jessica). Perhaps it’s the newness of an African American female led film that features and interracial relationship and doesn’t make too big of a deal about it. Maybe it’s Williams’ easy portrayal of James or Chris O’Dowd’s classic sweet, clumsy, lover boy antics. Maybe it’s the fact that while the film often follows many indie rom-com tropes, it still holds some originality. Whatever it is, The Incredible Jessica James (2017) is the indie romantic comedy we’ve been waiting for all summer.

The next time you’re looking for an indie flick, check out these independent titles on Netflix!

Photo by Noom Peerapong on Unsplash

How to Take Control in the Bedroom