Change is an incredible thing but there are some dating traditions that are due for a comeback! 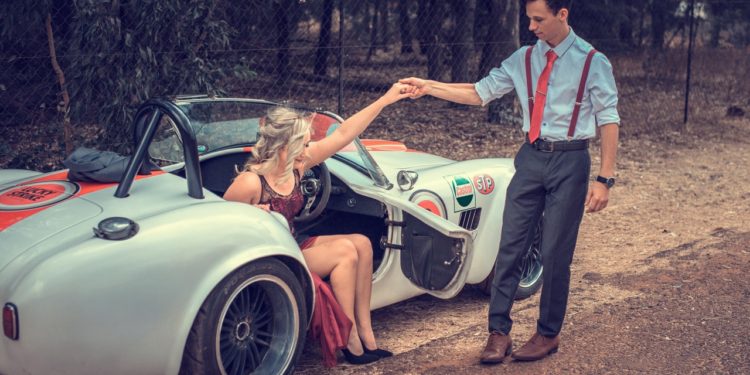 When it comes to dating, I’m all about the new. I love the way my generation and the next are breaking boundaries (while seeking consent) and redefining the paradigms of dating. Growing up there was nothing old-fashioned about my mom. She told me things like the human body was a beautiful thing to be enjoyed not shamed. She encouraged me to date around and to explore before settling down.

These days, she’s not the only one spouting the merits of new age dating. Gottman found in studies that new forms of dating, such as hanging out instead of going out, actually work better. They remove the awkward pressure that formal dating traditions put on older generations to “perform.” This encouraged the concept of only revealing bits of yourself at a time. Often leading to the delayed realization that the person you’re dating is nowhere near “the one.”

While all of that may be true, there’s a certain charm to the old school way of dating. Sure I’m thrilled for sensual liberty. I’m a champion for the movement of consent. But sometimes our casual attitude towards modern dating misses the mark. So I propose we bring back some of the better “old-fashioned” dating traditions.

Dressing Up For a Date

It’s not that I’m against sweatpants and a tank top while cuddling on the couch with Netflix in the background. I low-key love that homebody life. But every relationship needs some romance, and sometimes your work clothes aren’t enough. To make a night special put something on that makes you feel the way you want your night to go. It doesn’t mean you need to contour your face and shop for a new outfit. Just that the old-fashioned tradition of putting on your “best self” can help inspire some of the best dates.

Opening the Door for Each Other

Now I didn’t say men opening doors for women. While I love the tradition, it’s not its basis in gender roles that makes it swoon worthy. It’s sweet because this dating tradition is an act that shows your date you care. When my sister met her husband, they made a deal to always open the door for each other. So whenever they get in the car whoever’s driving opens the door for the passenger. Then, as the driver walks back to their seat, the passenger reaches across the car and opens the door for the driver. They may say that a lady never reaches, but this is one time where reaching displays all the class.

Asking Permission for Everything

Back in the day when dating traditions first started, you asked if you could call on someone. Calling on someone might have meant going to their house, or ringing them on the phone. Either way, we asked permission before doing anything. We didn’t just assume that the person we went on one date with wanted to hear from us at 2 am. We certainly didn’t think that we were owed a text back within an hour of our random emoji. I’m not saying that communication is a bad thing. Or that we shouldn’t take advantage of this increased capacity for connection. What I am saying is we should respect each other’s space. Which includes asking, “When can I call you next?” or “When will I see you again?” Instead of just popping by unannounced full of expectation.

Don’t get me wrong, the hang out method has its perks. As mentioned, it’s been scientifically proven to be a great way to start a relationship. But there’s something romantic about the old-fashioned tradition of making an actual date. Planning out a night for each other and whisking yourselves away in the all the romance that follows. It doesn’t have to be your typical date to create that sense of passion. What makes a date meaningful is the thought that goes into it. The more intimate your hangouts have made you, the better the date. You might even find yourselves stirred up in the nostalgic romance of old-fashioned courtship. For an extra special date, try making a no phone rule. Imagine how old school you’ll both feel going on a date where you’re only entertainment is each other!

Speaking of courtship, it’s something that should definitely come back! Only instead of a man courting the woman each partner should be courting the other. Taking the time to do sweet things for each other. Bring flowers or small gifts on dates. And as crazy as this one sounds—talking directly about our feelings. I know it’s a dating tradition that’s become a bit dated. Ambiguity seems to be king of communication in so many ways. And yet, we live in an age where we know to ask consent before kissing a stranger. We know to ask when the last time our partner’s had an STD check. Boundaries have become a common topic of conversation. But we don’t seem to want to talk about the mushy stuff that’s made these hookups more than mashing. The question becomes–how are we ever going to find happiness in a relationship if we don’t open up and tell the person how we feel?

How to Sleep Better Next to Your Partner