Food & Dating Home » Paying on a Date: the Intricacies of Who Pays

Paying on a Date: the Intricacies of Who Pays

As if dating wasn’t awkward enough – who should pick up the check on a date? 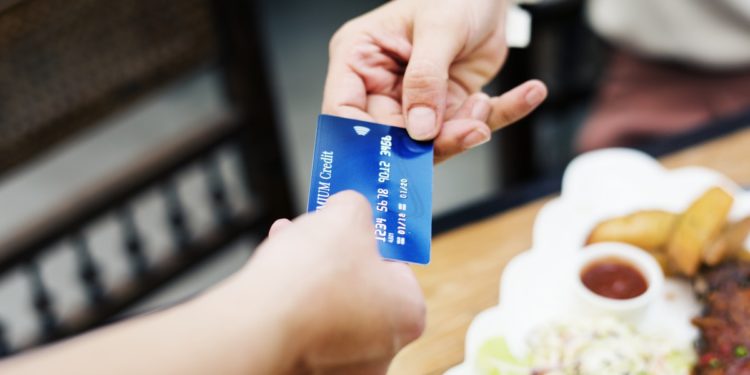 When the waiter places the check in the center of the table at the end of a date – who should pay? And, is it ever really as simple as who “should” pay?

Frankly, I don’t think it ever really is as simple as who “should” pay. I mean, we all have different expectations and we all read the social cue of willingness to pay from our own unique perspective. The unfortunate reality with this issue is that there is no easy answer and no “right” answer. It all depends on the situation and the couple (and that’s why it’s so frustrating… and stressful as hell).

It’s confusing for everyone (let’s be real, the people who think it’s simple are probably the one’s making the huge dating phobias). Since the women’s liberation movement, it’s become especially confusing for heterosensual couples. I mean, literally the only good thing about the oppression of women was that we knew who was paying for dinner! *insert “boo” for copulationism here*

Woman offering to pay – he may feel emasculated

There is always the possibility that some men are going to want to “feel like a man” and treat the woman they’re interested in to dinner. Or some may simply be too traditional to let a woman pay.

For the independent woman, it can be difficult to know where to draw the line. Do you let him pay because he “insists”? Or do you insist that you can pay at least occasionally because you’re not okay being treated in such an old-fashioned manner (especially one rooted in copulationism). Personally, I’d let it go for the first date or so and then insist on paying occasionally because it’s important to me to have a relationship based on equality in all aspects. But, for a first date it may be best to let him pay if he insists since first dates are already awkward enough and you also don’t want to metaphorically defecate over what may be a simple gesture.

In the long-run, I think it’s important that a woman pays at least occasionally. I mean, there’s still a wage gap so maybe he should still pay more often, but it’s important that the woman feels like she’s paying her own way too. I think it’s important for the relationship to feel as equal as possible and for each person to feel equally treated as if they are special and important. Plus, do you really want to become committed to a man who doesn’t see you as an equal? Keep in mind, however, that it might not be about equality since the majority of heterosensual couples are still expecting the man to pay (especially if it’s a first date) and not everyone is as copulationist as it seems.

Some men feel as if this is the one thing they get out of women’s strides towards equality – that they aren’t expected to pay for everything anymore. Most heterosensual males seem to think that the man should pay, but the woman should at least offer. In fact, it seems that most men find it to be very attractive and a good sign if the woman offers to pay *cue every sitcom joke about this issue ever*.

The bottom line is that NOT reaching for the check as a woman can be seen as presumptuous, but there is always the fear of reaching for the check and him feeling insulted. Maybe he finds you offering to pay as insulting or emasculating. However, most modern men seem to find it rude when a woman doesn’t even offer so it’s probably a good idea to offer if you don’t plan on doing the awkward “lets split it” dance. More often than not, assuming is seen as rude in any situation.

On the other hand, if your date offers, this could be an innocent need to pay their way in life and be treated equally. Therefore, it is probably best to discuss splitting the check before you’ve even ordered. This way, it is less likely to be seen as an indicator of a bad time and more likely to simply be a friendly exchange (or, hopefully more than just “friendly” *wink, wink*).

So, what tactic should you take?

The most commonly used tactic seems to be doing something simple for a first date (like a “trial date”). For example, a coffee or ice cream date where you each just casually get your own cone or cup. This allows for you to almost completely avoid the whole “who’s paying” thing and creates the shortest and least pressured environment for if it doesn’t work out. After this, I’d suggest using the awkwardness as an opportunity to talk about where you stand. I mean, if it’s important to you then it’s important to talk about before it becomes a big deal.

Some say the one who pays should be the one that initiated the date (seems simplest to me). And, obviously, if you suggest the date – be ready to pay. In my opinion, who pays on a date (or at least who pays more often on a date) should come down to who has the most disposable income. For example, when my man and I started dating he had a job and I was still an unemployed high school student, so it only made sense that he was the one who would pay. But, it’s not always that cut and dry and there is always a case to be made for not talking about money too early in a relationship (I mean, what a romance killer, right?!). Basically, it comes down to being ready to broach the topic even if it’s awkward.

Best Vacations in the United States to Take During the Winter