Food & Dating Home » What Is the Best Pisco for Pisco Sour?

Show off at your next cocktail party by adding a Pisco Sour to the menu! 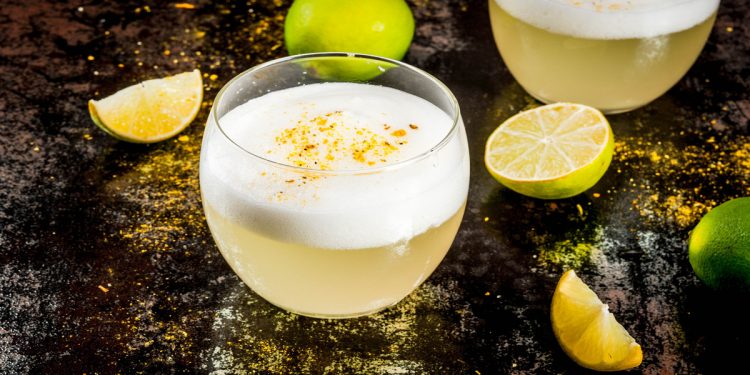 One of my favorite cocktails to drink is a Pisco Sour. Paired best with seafood, this citrus drink is perfect for summer time!

If you’ve never had a Pisco Sour before or are unfamiliar with what it is exactly, you’re in luck. A Pisco Sour is a Peruvian cocktail and is often paired with Peruvian and Chilean cuisine!

Fun fact, it is often referred to as the nation drink of Peru and even gets its own holiday on the first Saturday of every February!

The base liquor that is used is Pisco, which is a type of brandy that is produced in different regions across Peru and Chile. It combines the Pisco with lemon juice, egg whites and simple syrup!

See also: 9 Reasons Why This is The Absolute Best Cookies Recipe Ever

How To Make A Pisco Sour

Making a Pisces Sour is super simple, as with other cocktail recipes! The only thing you’ll need is a shaker!

Your ingredients and measurements are as followed:

The steps are super simple and mainly involve combing the ingredients into the shaker and serving over the rocks! Make sure you don’t forget to add the bitters at the end to add the perfect garnish flavoring!

Your instructions are as followed:

What Exactly Is Pisco?

As with all cocktails and drinks, when it comes to getting the best results, it all comes down to the quality of the ingredients that you are using. In order to determine which pisco is perfect for your drink, you have to refer back to the Peruvian roots that it holds.

Over 6 million cases of pisco are sold every year. Despite the fact that it is a Peruvian and Chilean liquor, the U.S is actually the number two importer of pisco behind Chili as opposed to Peru!

It is worth mentioning again that pisco is a form of brandy that is produced in the winemaking regions of Chile and Peru. Making this liquor can be rather intricate and it is done by distilling fermented grape juice into a high-proof spirit.

However, there is a slight difference between the regulations of storing/aging the liquor between the two places. The most popular varietal that is used is the Quebranta grape. Pisco is made exclusively from this and, is referred to as a “non-aroma” variety.

What Is The Best Pisco For Making Pisco Sour?

Now that you have read that portion of the article, you have a pretty good understanding of the history and components of the drink. I figured that by creating a list of some of the best pisco, it would help even further!

One of the most popular and well-known pisco brands is Macchu Pisco. It actually takes about 10 pounds of grapes (about 5 bottles of wine) to produce one bottle of Macchu Pisco! Another huge perk: it’s on the inexpensive side.

If we are going to take a step up in the price range of our pisco, another great option is Campo de Encanto Grand and Noble Pisco. This particular brand is an acholado style pisco and there is no water or sugar added during the distilling process!

This next one is in between the price range of the two previous piscos, making it a great option! This particular liquor is distilled using two differing types of muscat grapes!

Another very popular pisco that is consumed is Barsol Pisco. It is actually produced in a distillery that is over 100 years old!

Last but certainly not least on this list is Pisco Portón. This particular pisco is made using a variety of 3 different types of grapes. About 15 pounds of grapes go into each bottle of this liquor. Another great thing about this brand is that its distillery is very green, using a roof garden to cut down on CO2 emissions!

Now that you are pretty much a pisco sour expert, it’s your turn! Take you next cocktail party to the next level by introducing this delicious cocktail to your guests!