What’s the Deal With Poke Bowls? 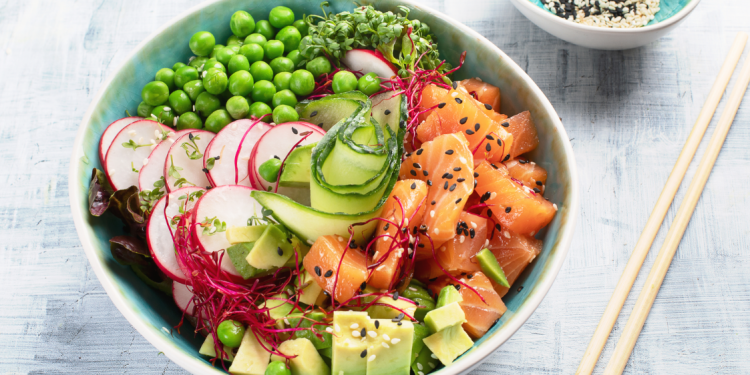 Around four years ago, I started to see a new menu item at the Manhattan sushi shop near my old place of work: poke bowls. When I tried them, I quickly became enamored with them and almost ditched sushi altogether in favor of eating them. They were just so friggin’ good. It seems like I wasn’t the only one to feel that way. Within a span of a year, restaurants started to serve them in almost every town in New Jersey.

Within three years, I started seeing a chain called Playa Bowls serving similar treats, as well as another chain called Pokeworks serving up bowl after bowl of seafood goodness. Lately, I had a conversation with a friend who recently moved to the Midwest. She didn’t hear about poke bowls quite yet, much to my shock.

As a super fan of all things trendy, I knew that I had to do something. It’s just not fair to leave this delicious category of food a secret! To help people get a better grip on this new trend, I decided to write about it.

What Are Poke Bowls?

Poke bowls, pronounced poh-kay bowls, are a traditional Hawaiian dish that is composed of raw, sliced fish. It’s usually served as an appetizer or a main course on the islands, and traditionally involves fish (like Skipjack tuna) mixed with onion, spices, and sauces. As the dish evolved, more ingredients became commonplace additions. Nowadays, the dish has a lot more in common with sushi than it does its traditional roots.

Most restaurants and modern recipes include ingredients like diced cucumber, sushi rice, salad, sriracha, or chicken. In spin-off meals like “playa bowls,” the ingredients skip seafood altogether and just have layered fruits mixed with smoothies. So while this dish does have its roots in Hawaiian culture, the truth is that it took a life of its own and is now a fine mix between Japanese, Hawaiian, and mainstream American food.

Poke Bowls Near Me (In NYC)

Call me a purist or stubborn, but I can’t help but prefer eating poke bowls in the first city I ever tried it out. I don’t know whether it’s just my imagination or if it’s legit, but the seafood just tastes way fresher in the Big Apple. Want to give some of the better poke restaurants in New York a try? Here are some of my top picks:

When you first order a poke bowl from a restaurant, you’ll probably notice that there are two different styles of ordering: prefabricated recipes and DIY. With “prefab” recipes, the restaurant puts together a bowl featuring a combination of ingredients they believe work well together. Thankfully, both menu types will list out every single ingredient so you have a better idea of what to expect in your bowl. That’s why a lot of newbies are cool with prefab options.

With DIY, you get to pick every single ingredient that goes into your bowl—the sauce, the rice (or salad), the seafood (or chicken), as well as additional toppings. If you have experience with most of the ingredients on the list, I suggest going the DIY route. That’s what I do, anyway.

Recipes for Poke Bowls: My Guide to DIY Menu Options

Not sure what to order, or want to know what a seasoned poke fan would get? I have a couple of “DIY recipes” that I like to stick to when I order poke bowls. Here are some good combinations that seem to make most people fairly happy:

Can You Make Your Own Poke Bowls at Home?

There are tons of awesome recipes that you can find online featuring DIY poke bowls, but I’m going to give you a warning. You shouldn’t make poke bowls with raw fish that is not marked as sushi grade. Doing so can get you sick. However, you can always make a good bowl with shrimp or crabmeat. If you are in a position where you have a place you can find sushi-grade tuna, give one of these recipes below a try:

What Drinks Go Well With Poke?

As someone who loves to pair foods with drinks, I had to add this in. Believe it or not, I have a very hard time making wine work with most poke combinations. So, I actually wouldn’t suggest wine. Instead, I’d suggest going with a light beer or something equally light, like a champagne cocktail. That said, green tea and seltzer are my two go-to drinks with poke. Bowl appetite! 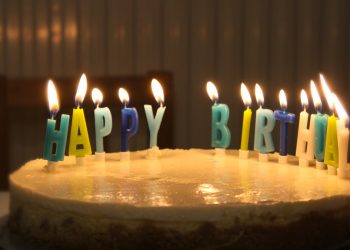 Superheroes are probably the most-liked characters amongst children and even adults! Making a child’s birthday special is what every parent... 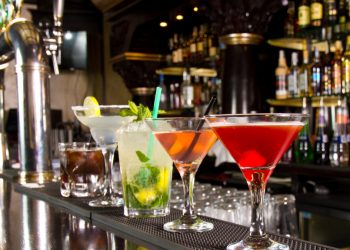 Who doesn’t love a good cocktail? Although everyone may not always be an alcohol or drink offcianato, that’s ok! Because... 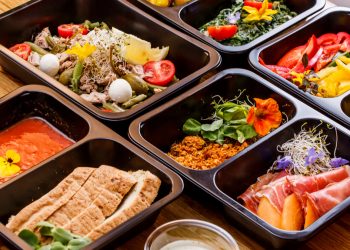 It's the middle of summer. The kids are running around the house, the laundry is piling up, the sink's full...