Because All Good Things Must Come to an End 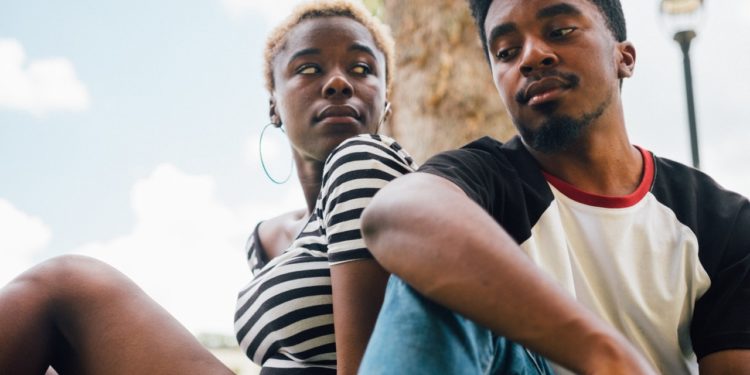 If you’re in (or have been in) a friends with benefits relationship, you know it can be an amazing experience. Everything’s kept casual, you’re close to your partner, and most times, it’s a lot less stressful than a serious relationship. However, FWB’s can get messy fast. Here are some signs that you might be in a toxic FWB and it might be time to end it:

The one thing about FWB is that everything should be kept casual. If there are signs that it might be more than a FWB, but your partner is only showing those signs to keep you close to them, or when it’s convenient for them, it might be time to step away. There’s nothing worse than someone playing with your emotions, and it’s even worse when that person was once a good “friend”.

They Keep Everything Secretive

Sure, you guys aren’t official. You don’t have to go telling the whole world that you’re hooking up with this person. While being secretive can be fun and exciting, there can be some downfalls when it comes to emotions and planning your time spent with that person. Unless you have a good reason to keep things on the DL and to sneak around, don’t.

Being jealous is only natural. However, keep in mind things are casual. Unless you have an agreement to not be seeing anyone else, there’s no reason to be jealous. If they’re getting jealous over your other partners, but they don’t allow you to be jealous of their other partners, then that’s an issue. In my experiences, when I would mention other partners, my FWB would get very jealous and over-protective, and try to win me over, keeping me trapped in the toxic relationship.

They Come In and Out of Your Life

My FWB would just up and disappear from my life months at a time. He’d block me on social media and stop responding to my texts. When he felt like talking again, he’d hit me up. He would pretend as if nothing ever happened, and I’d get no explanation as to why. It may not be the worst thing to happen, but it can leave you feeling unwanted and wondering if you did something wrong. By the time they come back into your life, it’s more of an inconvenience for you.

Feelings and Emotions Get In the Way

One of the biggest downfalls of a friends with benefits relationship is that it can be so easy to catch feelings for the person. After all, they may have been a good friend beforehand, or you just genuinely have a great time when you’re hanging out with them. Regardless, catching feelings can be so hard when you’re keeping things casual. Early on in the relationship, it’s important to set some boundaries and expectations so neither of you gets hurt in the process. Having feelings for someone you can’t have (or be official with) can be so emotionally draining, and you’ll get hurt in the end. If any of this is happening to you, it’s probably time to end it.