The real reason kale is so popular stems from its health benefits. 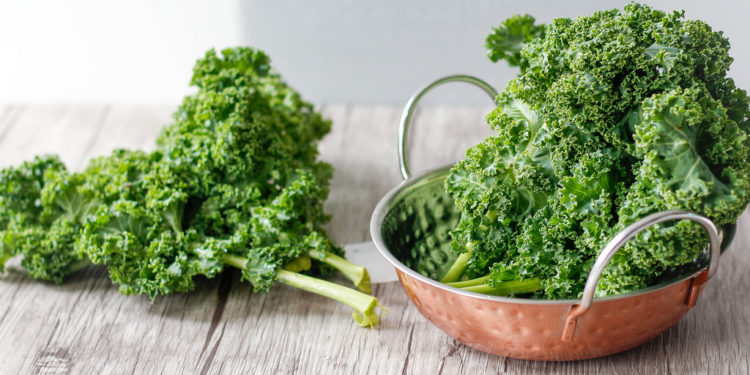 Ask people to think up one word that sums up our new age fascination with healthy eating and most people will immediately say: kale. Let’s be honest, if #cleaneating was a marketing campaign, kale would be the poster child of the movement.

We’ve got no beef with this uber-healthy green, but we couldn’t help but wonder – why is kale so dang popular? Why is everyone packing anything from smoothies to salads with this superfood? How did kale’s majestic rise to power begin?

Maybe you’ve had some similar queries. Well, here’s the 411 on the trendiest veggie around.

In today’s day and age, that’s like saying, “Who are the Kardashians?” or “Wait…did Facebook steal my personal information?”

But, in all fairness, it’s likely that not everyone out there has had their first brush with kale! For all you first-timers, kale is a leafy green from the cabbage family. It usually has a distinctively bitter taste (which is why it can be the bane of dieters everywhere) but is packed with amazing benefits and can be quite delicious if cooked right.

How is kale good for me?

Kale has incredible amounts of antioxidants, fiber, vitamin K, vitamin B6, and calcium, for starters. These nutrients (and others found in the leafy green) can help to prevent diabetes, heart diseases, and cancer. Plus, people who include kale in their diets have seen positive bone health, healthy digestive movements, and stunning hair or skin.

Here’s a full breakdown of what kale has to offer us consumers. A cup of chopped, raw kale, weighing about 16 g contains:

According to Medical News Today, kale is one of the healthiest foods in the world and with stats like those, it’s easy to see how.

Are there any risks eating kale?

It might surprise some clean eaters out there but there are risks – for some people.

Anyone taking beta-blockers, medication often prescribed for heart disease, should be careful about how much potassium they ingest; kale, being extremely high in potassium, could be dangerous to consume in large quantities.

Likewise for people whose kidneys are not fully functional, consuming too much kale can be harmful. If the kidneys cannot remove excess potassium from the blood, consuming additional potassium could be fatal.

Finally, too much of the green stuff could interfere with blood thinners such as warfarin or Coumadin.

Patients with any of these conditions or on any of these medications should consult their doctor before making kale a part of their diet.

How did kale get so popular?

Now for the big question: how did this superfood get so stinkin’ popular? How did we come to see it on every wellness blog, how did it become every health-experts go-to choice for a suggested green?

It all comes down to good PR, folks.

The mastermind behind the fake AKA was Oberon Sinclair, a pro who runs a boutique PR firm My Young Auntie. She created the covert campaign in 2012 and is largely credited with making kale the pop culture icon it is today.

And why did she do it, you ask? Simply because she likes kale.

“It’s my proudest campaign ever,” Sinclair told mindbodygreen last December.”I’ve been trying to convert people for years to eat in a healthy way. I’ve always loved [kale]. It is an amazing vegetable.”

Plenty of industry experts have scoffed at the notion that Sinclair alone created a booming demand for kale. Some insist it was local Vermont farmer, Paul Betz, who assisted kale in its rise to fame. He commissioned a friend to create shirts that read “Eat More Kale,” when he was stuck with a surplus of kale – they took off in 2011 when Chick-fil-A sued the creator of the shirts, saying the slogan was too close to their own.

Others still say it’s the rise in popularity of farmer’s markets that have brought funkier vegetables (like kale) into the mainstream.

Whether it be a PR stunt, a clever slogan, or hipster trends simply breeding more hipster trends, one thing is for sure: kale is not going to be leaving the social zeitgeist any time soon.