Food & Dating Home » The 5 Evolving Stages in Every Relationship

The 5 Evolving Stages in Every Relationship 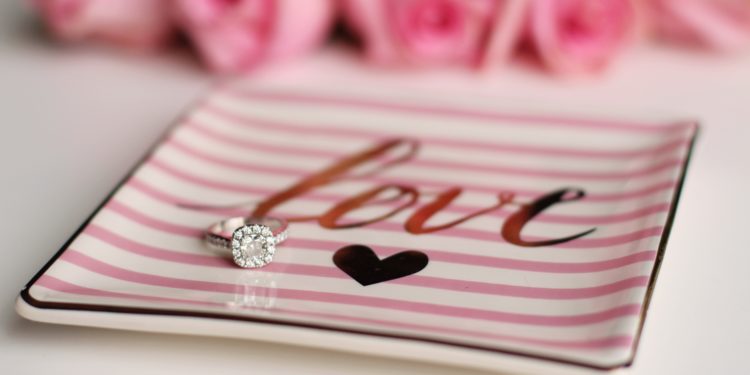 Many relationship milestones are universally celebrated. The moment you become Facebook official…

When you get a drawer or leave a tooth brush at his or her place… When you start using the bathroom with the door open…. Moving in together… Engagement…. Marriage.

Though these are natural physical signs of a relationship’s development, there are also signs that were developed by relationship experts based on studies done of hundreds of couples.

1. The Lust and Romance Stage

This stage is otherwise known as the “Honeymoon Stage” in which new couples cannot get enough of each other.

Scientists state that during this stage in a relationship, natural chemicals are released in the brain – chemicals like dopamine and oxytocin – that contribute to feelings of happiness and joy and most importantly, the high that you feel when you’re with your significant other.

Love also lowers your levels of serotonin – reduces them to levels that rival those of people who suffer from obsessive compulsive disorder – and increases blood flow in the pleasure centers of the brain, which may explain why new couples can hardly think of anything other than each other.

At this stage, a couple is most likely to overlook each other’s faults. Because of these chemicals, you view your relationship through “rose colored glasses” and only see where you’re similar rather than the differences between you two.

As this stage ends, you slowly start to fall into what can easily be described as a “Love Hangover.”

This stage is also known as the “Accommodation Stage” or the “Love Hangover.” You’ve finally looked past your love goggles and started realizing that your partner has some quirks that aren’t necessarily deal-breakers, but are a little… annoying.

Here, your partner’s faults and shortcomings have become abundantly clear, and you’re not quite sure whether to ditch them or try to work things out.

Often, in the Power Struggle Stage, one partner starts to realize these faults and pulls away and becomes detached while the other partner becomes needy over feelings of being shut out.

The downside of this stage: this is when the highest percentages of couples break up – but, if you can work past this juncture, your relationship is sure to be worthwhile.

This stage ends once you’ve accepted each other’s differences and come to terms with each other’s faults – lots of times, it takes some professional help and guidance to overcome this stage as it can last from months to years.

At this juncture you’ve found your stability and become comfortable with the person your partner has become (or really, always was.)

You’re developed mutual respect for each other and learned to set boundaries for what is and what is not acceptable in your relationship.

The thrill of love returns, this time in a more mature way than that of the “Lust and Romance Stage.” At this stage, it’s easy to become complacent in your relationship. Don’t.

You may think that you’ve figured everything out – after all, compromise and comfort are essential parts of a relationship – but you haven’t.

Keep surprising each other, doing kind things for each other, and apparently working to improve your relationship by experiencing new things together, learning things, and growing and developing as individuals.

At this point, you begin to realize that through everything you’ve been through, that you and your partner chose each other.

The hard work you’ve put toward helping your relationship grow and mature become apparent. The feelings of addiction are gone, and you realize that you chose your partner for who they are – regardless of the good and bad.

Here, you’ve learned to balance the moments of frustration and annoyance with freedom, love, and honesty.

You’ve been through some trials and tribulations and come out on the other side, learned to work through your differences to foster a loving relationship.

According to relationship experts, this is the point in which most couples are truly ready to get married, though many couples get married during that first stage when they’re still high on love.

Couples in the Blissful stage want to see their relationship benefit the world and not only each other.

Here, couples often begin a joint venture or work on a project together, whether that’s writing a book or creating a charity – they might even participate in some community service together.

Obviously, these stages aren’t completely linear. It’s possible to cycle between the phases a few times before getting it right – just remember that relationships take time and effort!

Spicing up Your Dating Life