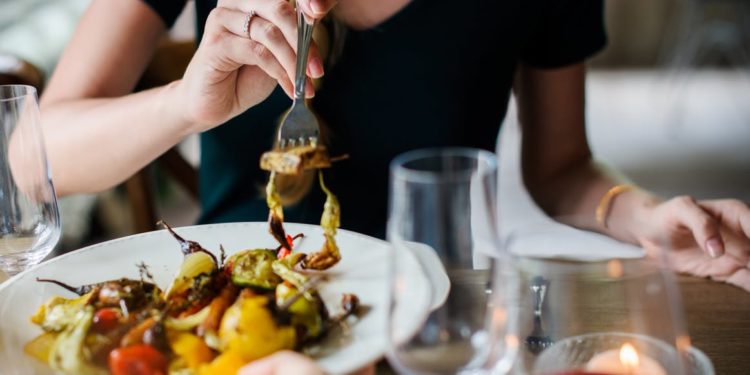 Food (and drink) often plays a big part in dating as we naturally congregate over meals. It makes sense that people with serious food interests or extreme diet limitations might be interested in connecting with similarly minded people. This is where dating apps for food lovers come in.

The following apps are specifically designed to connect potential couples over their preferred type of food.

The paleo diet is one of the more extreme diet plans out there. The caveman inspired diet gives the green light to anything our ancestors might have been able to gather on their own. Meat, fish, fruits, veggies, that sort of thing. The diet omits anything that doesn’t fall into the hunter/gatherer scenario so pizza, sweets, and anything processed is a no.

For someone who closely follows the paleo diet choosing a meal on the fly can be challenging or uninspiring. But when two paleo people connect it changes the game. Seeking out a paleo friendly restaurant or recipe will be a part of the fun instead of an imposed limit. The site Paleo Connect obviously connects paleo people, but it also connects Crossfitters and people that follow a low-carb diet as well.

The dating site Same Plate matches people based on what they love to eat. The site explains that they offer “No pressure of dating. Just start a conversation about food!” It is nice not to have to get creative about the opening lines in an online chat.

The site is constantly adding new diets to the lineup and encourages users to submit theirs if they don’t see it listed. (Must be some obscure diets out there!) Seems like a good place to go for people with particular tastes who are seeking romantic partners with the same ones. Matching up that closely on food interests will also make choosing a first date restaurant pretty easy.

As the name suggests, Veggie Date is one dating site setup specifically for vegetarians. The site offers a range of vegetarianism to choose from setting up a profile. Those options include marking love for vegan food, organic food, GMO-free food, organic raw food, and GMO-free raw food. According to the site over 400 people join each month. It claims to be the premier vegetarian dating website.

Believe it or not, there is a site for dating that’s exclusively reserved for people with food allergies. Unlike the picky eaters of the world, people with allergies can sometimes face dire consequences for eating against their diet. Options of food allergy types on the site include celiac and dairy free. The site caters to people who are looking for serious commitments as well as people who are just looking to make friends, so there’s something for everyone.

The Gluten Free Singles site offers a place for people who avoid gluten to “never have to feel alone, awkward, or a burden because you are gluten-free.” Some people avoid gluten due to celiac disease, others have simply made the choice based on preference. Either way this site is the perfect place to find someone who will be supportive of the restriction. In addition to connecting singles the site also creates friendships, socials, and offers an online community where people can swap tips and recipes.

The dating site How About We is not limited to food but it does make it easy to set searches based on interests. Food happens to be a pretty popular interest so it’s easy to connect with people sharing similar tastes. The site is pretty popular and it will even generate date ideas if the new matches can’t figure out where to go on their first date. The site essentially works by allowing members to find dates by saying “how about we…” and filling in the blank with their preferred activity. It encourages that people actually meet up as opposed to offering a chat room for matches.