Food & Dating Home » Obligaswiping: What You Need to Know About the Dating Trend

Obligaswiping: What You Need to Know About the Dating Trend 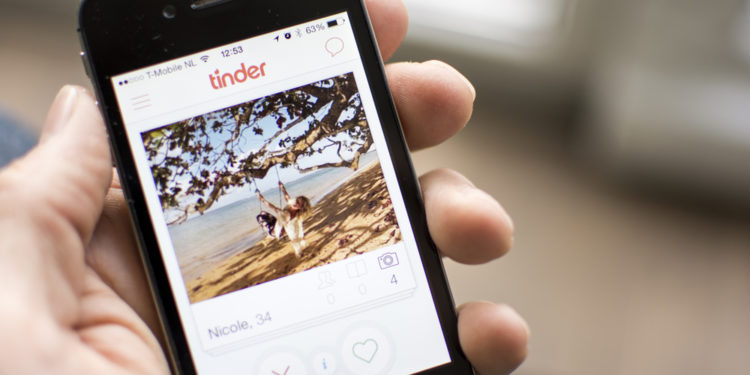 Allow us to paint you a (pretty common) picture. Single Joe or Jane is sitting on the train, relaxing in front of Netflix, or waiting for a friend to show at lunch. Can you guess what they’re likely doing while they wait?

The odds would say they’re on their phone. Even more likely? They’re swiping through potential suitors on a dating app.

Percentage-wise, it makes sense. A recent study found that about 70 percent of the single population uses one dating app or another, and that’s just during the workday.

Needless to say, we can relate. It seems like every down moment we have, we’re mindlessly swiping left or right, less in an attempt to meet someone and more just out of habit – or maybe, out of obligation.

The newest dating app trend, appropriately nicknamed "Obligaswiping," has been examining a common thread among app users: binge-swiping without any real interest in your matches. More and more single people are swiping right en masse but have no real intention of meeting the people they "like."

Dr. Nikki Goldstein, copulationologist and author of Single But Dating: A Field Guide to Dating in the Digital Age, believes this phenomenon could stem from a feeling of guilt. We believe, as single people today, that it’s our own fault we don’t have a significant other. Either we’re too picky, shy, or we’re not trying hard enough – so a rapid-fire attempt at love via binge-swiping on Tinder is our attempt to say, "Oh well, I tried."

Another thought is that the habit could come from a need for validation. You see your friends are all in happy relationships or that your ex has moved on, and you need some positive feedback to prove that you are not "less than." (Which, of course, you are not.)

Either way, by the time our fingers are numb from swiping, we’ve exhausted our interest. Numbers might be exchanged between a match or two, but those conversations fizzle out before any definitive plans can be made. Then you can happily live your life knowing you "tried" – before feeling guilty again in three weeks and going through the whole process again.

All evidence would point to the fact that someone who’s obligaswiping doesn’t want to be dating online right now. But all it takes is one scroll through Facebook, with its engagement announcements and baby photos, to feel that societal obligation breathing down your neck again.

If you’re just now realizing that you obligaswipe, don’t stress too much; you are certainly not alone in this habit. In a way, it’s great that someone who is looking for…well, whatever it is you’re looking for, is going to the extra mile to put themselves out there! A glass-half-full person could say that the more matches, the better your chances are of meeting someone great.

But there is one little roadblock in your way: actually committing to meeting your matches.

We can all agree that swiping is easy, but actually going on a date with a total stranger? Much. Less. Easy.

After being ghosted, stood up, and disappointed countless times by people from Tinder and Bumble, we become much more hesitant to follow through with dating app matches. The prospect of getting let down again is scary and, honestly, who has time to constantly go on terrible first dates?

That leaves us stuck in this infuriating middle ground. Not swiping feels irresponsible but, conversely, there’s too much risk and not enough incentive to follow through.

Now, we’re not suggesting that you purge your phone of all dating apps ASAP, but the coining of this new term is cause for introspection. The next time you go to mindlessly obligaswipe think for a second: Why am I doing this? Is this for me or for appearances? Will I follow through with any of these matches?

Hey, who knows, it could be that breaking down this thoughtless process could give meaning to the right swipe again.