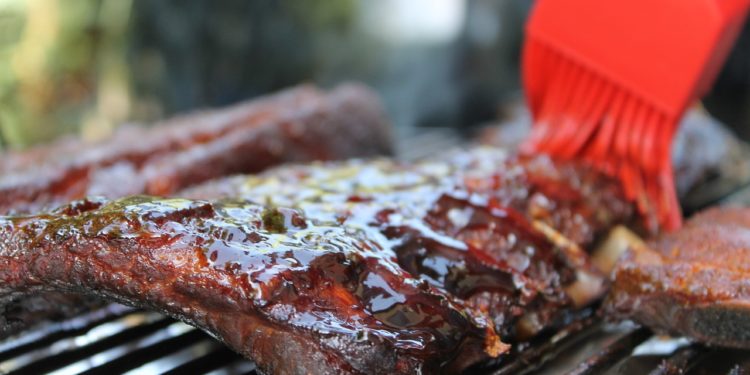 Barbecue season is here, so get ready to grill. But which sauce is best for barbecue? Before you add your sauce, take advice from these top pitmasters on how to prepare the best barbecue sauce.

How you prepare your sauce may depend on where you live

Barbecue sauce differs in different regions. Different parts of the country have their own regional sauces.

Don’t Be Afraid to Add Flavor

While there are numerous ways to barbecue, there are certain ways that are sure to add more flavor. Some pitmasters offered their advice on how to get the tastiest sauce.

Johnny Trigg, a pitmaster who has served thousands of soldiers overseas, says it’s best to wait to add the sauce.

“Wait until the end, like the last two or three minutes of cooking, to add barbecue sauce, so it cooks into your meat. But if you add it too early, it will make your fire flame up. You don’t have to slather on the sauce. Just lightly paste each side,” Trigg said.

Trigg also added advice on what extra ingredient to add to barbecue sauce. “I like to have a spray bottle filled with apple juice to spray onto my meat. Whether it’s pork, chicken, or beef, it adds flavor. Also, it helps keep your meat a real golden mahogany-looking color and prevents it from turning black.”

Another barcecue expert, Billy Durney, said a simple sauce made of herbs can add a light flavor to your meat. "Incorporate a basting brush made of herbs by attaching whole stems of thyme, rosemary, and sage onto a wooden spoon with butcher twine. Use it to baste meats throughout the cook with butter, a good oil, or sauce,” said said Billy Durney, pitmaster at Hometown Bar-B-Que in New York.

Smoke can be a part of the sauce, too

Award-winnning pitmaster Melissa Cookston noted that the way the meat is grilled can add depth to the sauce’s taste.

"I just want to have a good savory [taste]. I want you to be able to taste it from the tip of your tongue to the back of your throat and every taste bud in between. In order to do that, you have to use smoke like an ingredient. There are subtleties you can get with smoke, but flavor-wise you don’t want too much. It’s almost a dance, in cooking it," said Cookston.

No matter how you prepare barbecue sauce, make sure that it’s prepared with love. It’s not about getting the sauce exactly right. It’s about having fun while eating delicious barbecue.