Meet the Parents: 15 Tips to Make a Good First Impression 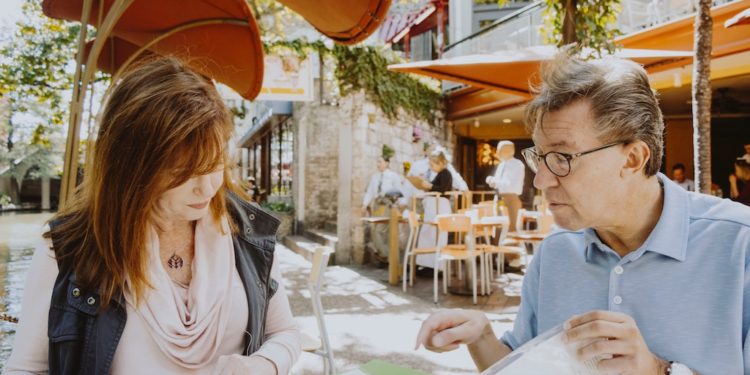 The holiday season is a for good food, good vibes, and family and new couples will undoubtedly have to discuss where they’ll be spending the holidays this season.

When my boyfriend and I started dating, we spent Thanksgiving and Christmas split between my house and his, and luckily, I had already met his parents… BUT dozens of couples will spend the holidays prepping for the big first meeting and figuring out how to make the best first impression. Here are 15 tips to ensure that you delight your significant other’s family:

This one goes without saying – if the family has rules set in place, don’t break them. If your significant other’s parents are particularly religious and have rules about sleeping in the same space, don’t sneak over to their room in the middle of the night. Nothing shows a lack of respect more than a blatant disregard for the rules, no matter how silly they may seem.

Just like on a first date you should avoid talking about exes and your sensual or criminal history – remember, you’re meeting these people for the first time, and you don’t need to tell them every little detail about your entire life… there’s such a thing as Too Much Information. Try and keep conversation light!

Religion, politics, race relations… don’t bring up anything that could potentially lead to an argument aka anything that your parents told you not to bring up at a party – especially if you know for a fact that your significant other’s parents have a viewpoint that doesn’t align with your own. There’s no sense in starting an argument just for the sake of trying to prove them wrong or change their opinion.

Nerves can easily get the best of you if you don’t keep them in check. So relax and enjoy yourself. Your significant other’s parents are probably just as nervous as you about making a good impression as you are. Plus, the more at ease you are, the more confident you seem – and confidence is the key to making a lasting impression.

This is especially important as the holidays come around – don’t drink too much, even if it’ll put your nerves at ease. Drinking affects your inhibitions; too much usually leads to oversharing, slurring, and worse, getting sick, which is totally embarrassing… plus there’s nothing worse than looking like you might have some impulse control issues in front of your boyfriend or girlfriend’s parents.

Ask questions about your significant other’s parents. Get to know them as much as you can before meeting them so that you’ll have some conversation starters upon arrival and of course, get the basics out of the way like names, professions, and basic interests. And don’t forget to do some research on their siblings, pets, and whoever else you’re going to be meeting as well!

7. Be Real, Honest, and Sincere

Obviously don’t lie, even if it seems like a small one because once you get caught, you’ll look foolish. If things make you feel uncomfortable, mention it – if you’re allergic to a food and it’s incorporated in a dish on the table, tell them! Similarly, don’t be a schmoozer – there’s no sense in complimenting your significant other’s parents just for the purpose of flattery and especially if you don’t mean it. Try to keep your flattery genuine!

This goes for anytime you’re meeting someone for the first time – dress appropriately, meaning don’t wear anything too short or too tight or anything with particularly obscene messaging on it. Dress how you would for a job interview and remember to dress comfortably – there’s no sense in sacrificing comfort for fashion. That said, if you’re meeting the parents for the first time while doing something particularly active, dress accordingly… And please don’t forget to dress according to the season as well.

This one is simple: please don’t be late. Nothing looks worse than showing up to a family gathering late when you’re meeting the family for the first time. If you’re someone who typically runs late, give yourself enough time to get ready and leave early – better to show up a little early than come in ten minutes late after having rushed over to their house.

Just because your significant other is not in the room doesn’t mean that you shouldn’t try to speak to their family. There’s nothing more uncomfortable than sitting in silence waiting for your boyfriend or girlfriend to come back just so you can find another conversation topic.

Just. Don’t. Do. It. If your significant other’s family is from a different ethnic or cultural background, learn about their culture. Making an effort to understand their culture goes a long way in making people feel appreciated… and ensures that you won’t offend anyone by accident.

After dinner offer to help with the dishes or help clean up. It shows that you respect the host and hostess and that you are a willing participant in the family dynamic.

This is a given: remember your manners – say please and thank you. Being polite gets you a long way!

This is the most important lesson – just be yourself. You’re there for your significant other’s parents to get to know you, not some artificial version of you. They want to get to know the person who their son or daughter fell in love with and there’s no use in trying to become something that you’re not.

If you’re meeting the parents this holiday season, keep these useful tips in mind and you’re sure to make a great first impression.