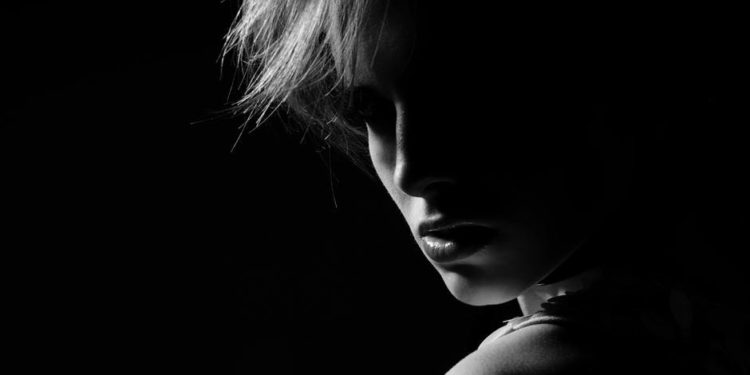 DEAR FAT GIRL….: “You should be happy I am fucking your fat vagina.”
My name is Christina Welsh, I am twenty-seven years old, and I’d love to share my personal life experience with you guys.

I know some of you may take offence as I used the “F” word to address you but you shouldn’t, you should get used to it by now, the world doesn’t care about your love or hate for alphabets, it cares to see you cry and weep at the mention of the F word.

I grew up as a fat kid; I felt very different and “special” as I was the only chubby one in my family. My mother was a slender and a beautiful woman, so was my dad. Why was I so unlucky? I always said to myself.

Sometimes I would wake in the middle of the night, go through family albums to see if anyone was like me but hell Nah- I was the only Christmas Turkey in the Welsh family line.

Other kids made fun of me, their jabs and mockery heightened during birthday parties or any party in school, at a point, I stopped attending birthdays, my family made me feel worse.

Back to the Welsh family line, I have just one sister and a brother-Matthew and Marisa respectively. They were both cuter and performed better in school than me, and that added to my numerous problems apart from being fat.

My elder siblings didn’t like me that much, I always thought it was the age difference (wasn’t that much though, four or three?) but it was all about my look.

My elder sister who was supposed to be my best friend and confidant but didn’t want anything to do with me; she was a typical example of the American Media sweetheart.

Marisa was tall, five feet plus, skinny (and oh mine, she was a veggie), Blonde, blue eyes, a straight nose, and thin pink lips. Now let’s get down to body size, she was bustier than hippy, typical “girls of the playboy mansion.”

My sister wouldn’t want to hang out with me in school or be seen with me anywhere at all, same went for Mathew; my mother saw nothing wrong with this, I forgot to mention, my father had died when I clocked thirteen, so I was raised solely by her.

‘You overeat Christina; you are the cause of your problems’ she would say to me anytime I complained about how my siblings treated me. Why couldn’t she see something wrong in the way they both ignored me and shut me out of their lives?

‘Eat less honey; maybe you could start to interact like a normal teenager would’ that was one of the numerous cruel statements she had ever made to me.
“A typical teenager”? Whoever said this to their kid?

One of the things people assume about fat people is that: we are gluttons. A lot of people don’t seem to believe that being fat has more to do with just dietary patterns.

They don’t wanna hear that “Gene factor” crap; they feel it’s our fault that we are fat and that’s the more reason they make fun of us.

My family assumed this too, and my mother wasn’t the type to take her massive weight daughter to the doctor, she just thought that I had been eating all the butter in her kitchen and adding weight at all the wrong places.

Growing up was very depressing; I had no real friends except those that wanted something from me and once they got what they wanted, they fled from the “Fat girl.” I had no boyfriend too; can you imagine how hurting this was?

No one asked me out for Prom night, this added another bruised layer to my zero level self-esteem and indirectly lured me into my first mistake.

I graduated and decided to work and save for college.

I had moved out of our house by now; Marisa had started modeling for a lingerie shop, and Mathew had left for college.

Spending so much time with my mum was appalling, so I moved out.

I stopped eating a lot of things, I even went green like Marisa, but that did nothing for my weight. I decided to hit the gym, and this was the very first time I met the devil who broke my heart.

Yes, I will call the first man I ever slept with a demon; I was a very depressed and lonely fellow, Frederick saw this in me, he sensed my hurt and desperation for acceptance and love and preyed on this weakness.

I met him on my first day at the gym; we got talking; that was the first guy that had spent more than thirty minutes talking to me. I was instantly drawn to him; I began to “gym” more often?

You know that stupid thing you do when you have a crush on someone?

He asked me out two weeks after, and I said “yes” in a flash of lightning. We had copulation, it was great. I fell deeply in love with Fred, he was the first man to love me, but I was too blind to see he had only been using me to gratify his sensual urges.

Fred had no love or respect for me that was when I realized this world was mean and I needed to fight for myself.

I discovered he was a married man and I confronted him, his response was sickening: “You should be happy I am fucking your fat vagina.” I thought my mother’s words were cruel, his’ were a blade searing through my heart.

You see a fellow fat woman; I realized that being depressed or carrying a “sensitive sleeve” wasn’t going to help me survive through this world.

What I am writing here is just a summary of all the things I have been made to pass through because of my weight.

I have been abused, laughed at and made jokes of, but I came out stronger because I realize that I am a beautiful woman; I have realized that all my life I had been with the wrong people who had nothing to offer except hate and anger.

I moved away from self-pity and sank into the river of self-acceptance. I love myself right now. I made friends who understood me, my moods and my fears and always stood by me.

I came out stronger in all of this because I first loved myself.
Love yourself, Fat girl, when you do, real love would show at your doorstep.