Food & Dating Home » The Ultimate Guide to Sinning in the City: Chicago Edition

The Ultimate Guide to Sinning in the City: Chicago Edition 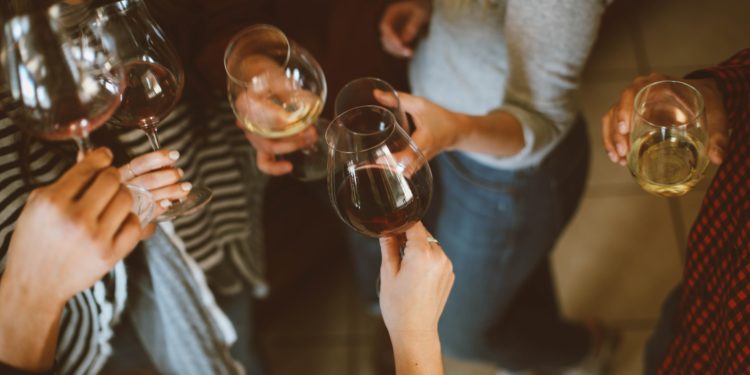 We mean well. We let the old lady with her one avocado and cranberry juice cut in line at the grocery store, we offer up the last couple cents to compensate for a stranger’s shortage at the counter, and we even let the little curly-haired boy screaming bloody murder at the ice cream parlor get the last scoop of Double Chocolate Chunk when he didn’t deserve it.

While we’re all trying to minimize our “sin-print" (the more sultry sister of carbon footprint), every now and then, we come face to face with the stark truth that we are indeed human. We sin, we repent, we repeat.

In those times when we want to sin, but not in, like, the really bad way, we find alternative, less karmic-y ways to slither with the snakes. And in a city like Chicago, you’ll never run out of opportunities to indulge. Here are my personal recommendations for sinning within reason in Chicago.

For the sloth in you who’s ready for lazy-day hangs, Loyola University’s lakefront campus provides a worthy backdrop. Whether hanging out with friends or trekking solo, on a sunny day, nothing beats a hammock by the water. Head south to Metropolis Coffee Company, where you can sip on a cup of coffee with beans roasted in-house.

To sloth in style, take the "L" to Fulton Market and make the rounds at SOHO house, an exclusive members-only club catering to the creative community. Lounge on luxe couches as you sip a cocktail or tuck away in the loft space to people watch. Who says you can’t sloth with sophistication?

Premier wine selections and law book adornments mingle in a testament to the ravenous at Vol 39. Located in the central business district in the city, this hotel lobby lounge exudes refined greed with its polished finishes and mid-century furnishings. Stay for a six-martini flight or try one (or all) of seven variations on the signature Old Fashioned.

As swanky as it is sultry, River North’s Gilt Bar features muted lighting amidst red velvet couches and vintage library decor. This juxtaposition of demure and copulationy provide a perfect pace for finding potential dates. It’s also perfect for a discreet rendezvous.

Where good whiskey and the heavy-handed throw of a dart meet, Rocks Northcenter is an upstanding place to release some fury. Whether you’re here to throw darts on any given day or belt out your frustration during Friday’s Karaoke Nights, Rocks will serve you well. Ready, set, rage!

Sip in the company of the trendy without trying too hard at Fulton Market’s Blind Barber. Because what’s trendier than a barbershop/funky 70’s bar in Chicago’s former meatpacking district? Reminiscent of a slightly swankier basement gathering, Blind Barber packs the posh in their ambient lighting, shaken and stirred libations, and artisan grilled cheeses.

As always, sin within reason.